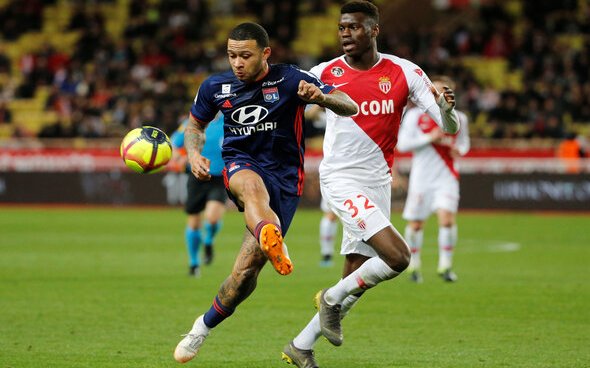 Newcastle United are in pursuit of Monaco centre-back Benoit Badiashile, according to Chronicle journalist Mark Douglas.

The reporter has claimed the newspaper’s website that the Magpies sent a scout to watch Monaco’s Ligue 1 showdown against Bordeaux on Sunday with Chelsea, Wolves, West Brom, Borussia Dortmund and Barcelona also sending talent spotters to eye the match.

It is understood that Badiashile, 19, is seen as a future defender for France and his valuation could potentially be over £30million.

Badiashile is a very promising young talent and Newcastle are definitely doing the right thing by having someone watch over the 6ft 4 [transfermarkt] France Under-19 international this week. However, the Magpies really do no need any new centre-backs at this moment in time. Steve Bruce is already well-stocked in that area to the point where he perhaps has too many options at his disposal. Injuries have meant that everyone has had their fair share of game-time this season but when they’re all fit, Bruce has Jamaal Lascelles, Fabian Schar, Federico Fernandez, Ciaran Clark and Florian Lejeune to choose from while Paul Dummett can also play there. Badiashile might end up being better than all of them in the future but for now, Newcastle cannot be splashing £30million on their defence when their attack has to be seen as the priority area to improve in upcoming transfer windows.