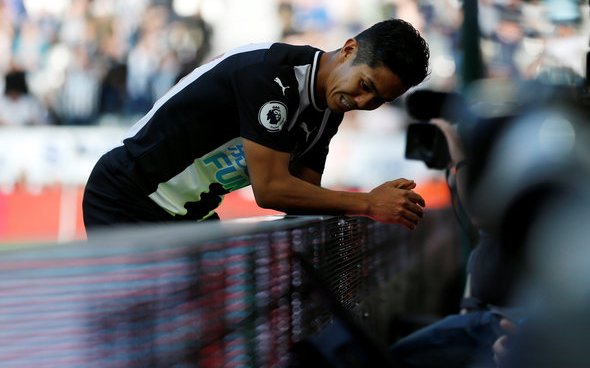 Yoshinori Muto is keen to quit Newcastle United in the January transfer window due to his lack of first-team football, according to the Telegraph.

The newspaper claims that Muto, 27, is not happy with how little he has played since his switch from Mainz last year when Rafa Benitez was in charge.

The Japan international has not played for Newcastle since he was substituted off at half-time in the 5-0 defeat against Leicester in September and has only featured in one of five matchday squads in the Premier League since.

No one can blame Muto for wanting to leave Newcastle. Even though he has been in the first-team under Benitez and Steve Bruce, he has not exactly had a good amount of game-time. He’s played six times across all competitions this season, with just one start in each of the league and Carabao Cup. Last season, when the man who signed him was in charge, the Japanese forward made 18 appearances and started just six times in all competitions. He did have the Asian Cup to deal with in the winter and had injury problems but still, Muto has not been anywhere near good enough for Newcastle and it is perhaps best for all parties that he moves on in January. Muto still has plenty of time left on his contract so it might be hard to shift him out on a permanent basis but there are bound to be clubs who are willing to at least loan the Japan international for the rest of the season.