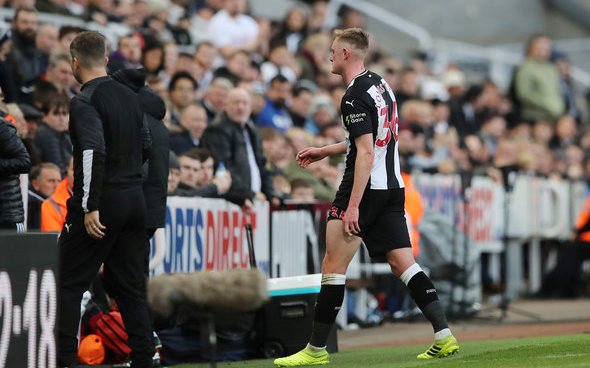 Danny Mills has claimed that Newcastle United are right to play hardball in contract negotiations with midfielder Sean Longstaff.

The Sky Sports pundit questioned how many great games the young Magpies’ midfielder has had at St James’ Park since his new deal last season, and backed Newcastle for their apparent stall in negotiations.

Mills went on to question whether or not the big clubs would come in with huge offers for the 22-year-old now after Longstaff has not continued his fine form from last season under Steve Bruce.

“I think sometimes the club are right to play hardball and say: ‘Right, you’ve signed your four-year deal. We’ve given you that deal knowing that you were going to play to that sort of level,” he told Football Insider.

“Just because you’ve had three good games doesn’t mean you can come in and start demanding double your money.”

The Telegraph recently reported that talks between the two have stalled over Newcastle’s reluctance to offer Longstaff a new big-money deal.

Mills is definitely spot on with his verdict on the deal for Longstaff. The 22-year-old has not managed to continue his great form from last season, and with no urgent need to renew his contract, there isn’t any rush to do just that. After signing a deal last season, the Magpies are not in any danger of losing the midfielder, who must do more to prove that he deserves a fresh contract at St James’ Park between now and the end of the season. His red card against Wolves summed up his frustration and his brother’s emergence alongside him has people concentrating more on him rather than the older brother. Newcastle will want to show Longstaff that he is valued in the North East, but not one player is bigger than the club itself, and he will now have to get better once he returns. With the form of Jonjo Shelvey and Isaac Hayden in their recent back-to-back wins, Longstaff needs to concentrate on earning his spot back first, never mind a new contract – that is a long way away right now.