Mills doubles down on Almiron verdict 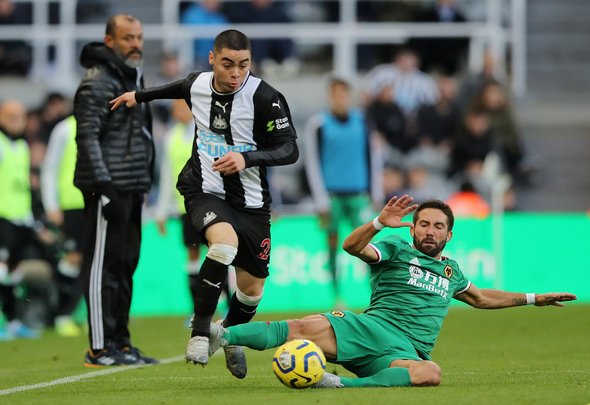 The Paraguay international is still yet to score his first goal for the club, and his sparkling early form has been replaced by creatively sterile outings. Sky Sports pundit Mills isn’t a fan.

“I gave him a little bit of stick when he first came arrived, I didn’t know too much about him, was he the answer for Newcastle, was this going to be the stellar signing they’re looking for, is he going to score enough goals?,” he told Football Insider. “I think he started off really well, had three or four games where he looked great and I got all sorts of abuse from the Newcastle fans but look, not so good now.

Although Mills isn’t a popular figure on Tyneside for his oft-misinformed punditry, but it’s difficult to argue with him here. He admits he didn’t know much about Almiron, so was naturally cynical about the massive hype surrounding the South American’s arrival on Tyneside. He’s proved to be correct in his cynicism, because Almiron’s form has sharply declined this campaign. As per WhoScored.com, the 25-year-old has failed to score or grab an assist this term, while he is averaging only 0.6 key passes and 0.9 dribbles per game. That latter tally is alarming considering the monumental pace the Paraguayan possesses. He is averaging 1.8 shots per outing, which tells us that he is really lacking end product in front of goals. As Mills says, he is working hard, which is good. But, again, that’s the least you expect from any footballer. There’s still hope that he can turn things around, but there’s no doubt that Almiron’s had a rough go of things this time round.