Manquillo exit would be a mistake 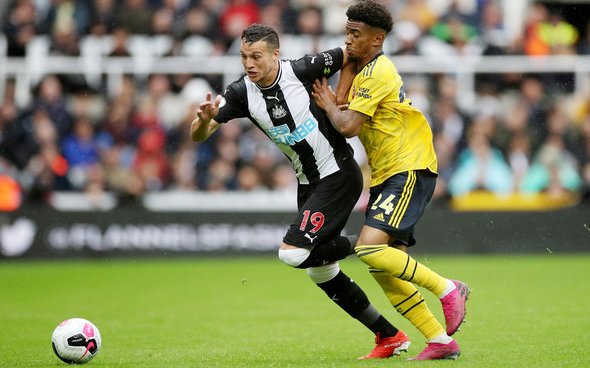 Yes, the United States of America international is a terrific attacking talent, proven by his goal against Bournemouth last time out, but Manquillo is so much more solid defensively.

Yet it appears that Newcastle boss Steve Bruce is ready to let the Spaniard out the St James’ Park exit door. The Shields Gazette reported on Saturday that Manquillo is in the final year of his contract and is at risk of being moved on in January.

That would surely be a big blunder, though. In fact, Bruce would be wise to hand the 25-year-old a new deal. That may not be a particularly popular opinion among the Magpies fanbase, but there’s little arguing that Manquillo is a far superior option to summer signing Emil Krafth.

The Sweden international has been absolutely woeful since joining from Amiens, and so even if Yedlin is Bruce’s first choice moving forward, Manquillo deserves to be the number two ahead of Krafth at the very least.

The statistics from the three players’ performances this season indicate that, as well. As per WhoScored.com, the former Atletico Madrid man is averaging the joint most tackles per game, to go with the most interceptions and being dribbled past the least.

Plus, he draws more offsides than Krafth and averages the joint most blocks of the trio. His average WhoScored rating per game of 6.54 is second behind Yedlin’s tally of 6.66, but way ahead of Krafth’s 6.15.

It makes very little sense to move Manquillo out when he is so clearly superior to the Swede. Who do you want filling in if Yedlin goes down injured again? It’s clearly the former Atletico Madrid man. 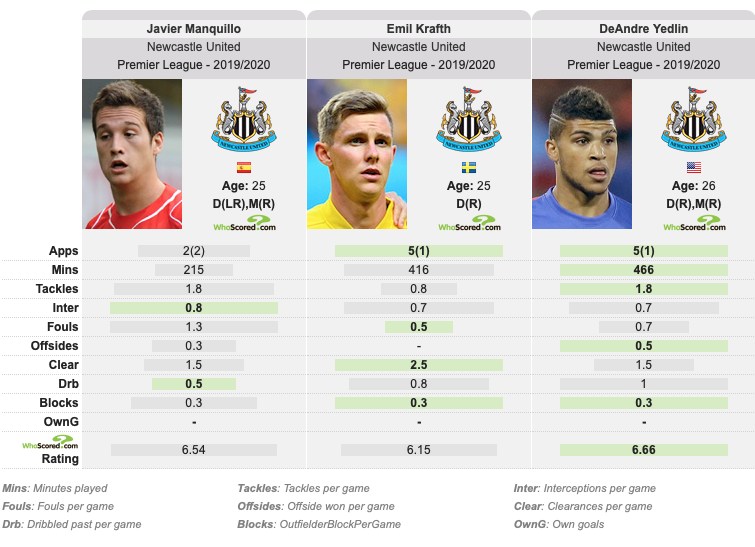