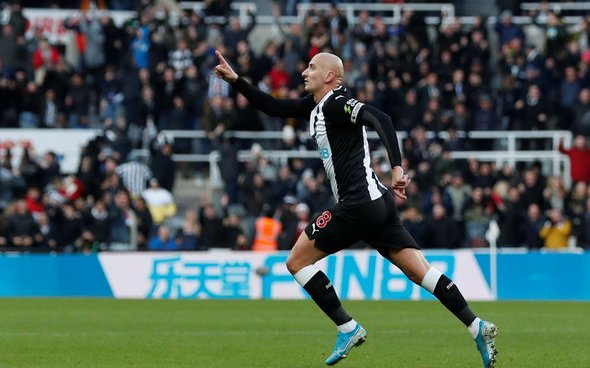 Former England international Gary Lineker has picked Newcastle United captain Jonjo Shelvey out for praise after his performance against Manchester City on Saturday.

The Magpies midfielder scored the conclusive equaliser with a terrific strike from distance to help earn Steve Bruce’s side a tremendous 2-2 draw with the champions.

It was the England international who Lineker rushed to praise for his role in the result at St James’ Park. 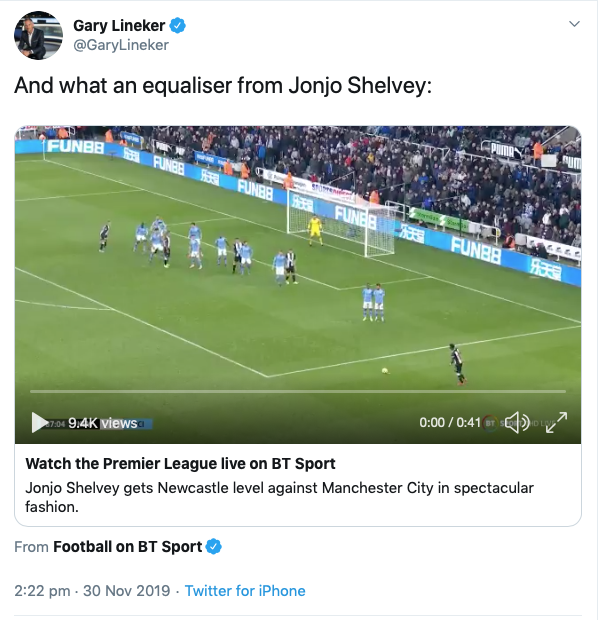 Lineker is right to pick Shelvey out for praise, because he was absolutely excellent on Saturday. The 27-year-old came in for a whole heap of criticism this week after putting in a less than impressive performance against Aston Villa on Monday night, but he showed what he was all about at St James’ by responding in exactly the manner his head coach would have hoped for. This was the good side of Shelvey that we saw on Saturday. He can be inconsistent, as we saw this week, but there’s no doubt that he can make the difference in close games. The statistics from the game tell the story of his impactful outing. As per WhoScored.com, the former Swansea City star had three shots – one being the goal – made one key pass, three tackles, three clearances and four interceptions. The latter numbers show that he is not simply an attacking luxury, he can make an impact in the defensive third as well.