Krafth surely left scratching head at back up role 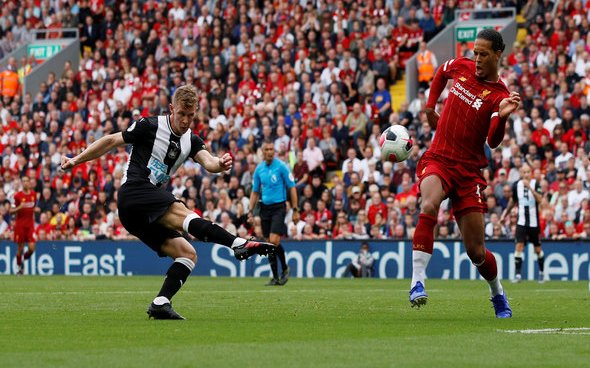 What a difference a month can make in football, especially at Newcastle United.

After an indifferent start to the season which saw poor performances against the likes of Brighton and Arsenal at St James’ Park. the past few weeks have been surprisingly pleasant.

It all started with that 1-0 win over Manchester United, then a respectable defeat at Chelsea being sandwiched by the very impressive 3-2 victory at West Ham United.

Steve Bruce must take credit, with a certain level of consistency to his selections paying benefit.

Of course, the Magpies’ boss was forced into some changes, but he has stuck by the core of his defence and the front-three despite temptations to switch things around.

That means summer signing Emil Krafth has had to settle for a place on the bench, with DeAndre Yedlin taking his spot after returning from injury.

The Swedish international must be left thinking about what he had done wrong after cementing his place in the Newcastle defence after arriving from Amiens.

Krafth was solid enough in the victory against Tottenham, but Yedlin can offer the Magpies so much more going forward from right-wing back.

The American international has looked in top form at St James’ Park and continues to help his side in an attacking sense in each game.

Both Krafth and Javier Manquillo can get forward, but they struggle to match the intensity that the likes of Yedlin and Jetro Willems bring on either flank.

A place on the bench surely isn’t what the Swede expected when arriving at St James’ Park, and he must be facing an uphill battle to replace the impressive Yedlin.

Krafth will surely be left scratching his head for ideas of how to get back into the Newcastle side, and won’t be happy with just sitting on the bench – the 24-year-old has to catch the attention of Bruce, and quickly.