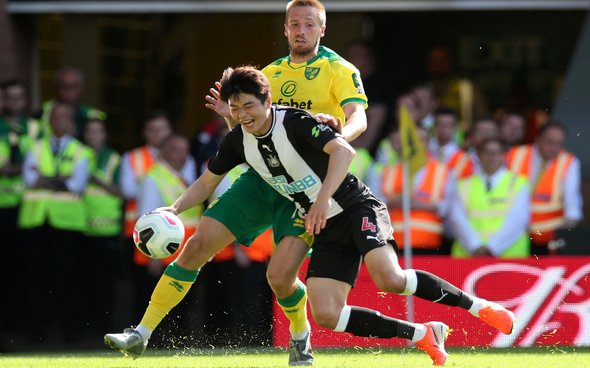 Newcastle United midfielder Ki Sung-yueng’s days at the club are numbered, according to the Shields Gazette.

The newspaper claims that the 110-cap South Korea international is likely to leave the Magpies either in January or at the end of the season.

His contract with the north east giants is up at the end of the campaign [Source: Spotrac], and so the 30-year-old is free to talk to foreign sides in the New Year.

It would be a big surprise if Newcastle somehow decided to extend Ki’s contract with the club. He was brought in during the summer of 2018 as a depth option, seemingly, and that’s very much how it has played out. He was never a regular under former boss Rafael Benitez, although he did play more than he has under Steve Bruce this time round. Perhaps the former Swansea City man has been unfortunate with the emergence of the Longstaff brothers reducing his opportunities, but when he has played this season he hasn’t done enough to force Bruce’s hand. As per WhoScored.com, Ki has failed to score or produce an assist, while he is averaging no shots and just 0.7 key passes and 0.7 dribbles per game. Defensively, too, he is only making 0.3 tackles an outing, to go with 0.7 clearances. He’s never been the flashiest of players, and you have to say that his Newcastle career does appear to be winding down in similarly low-key fashion.