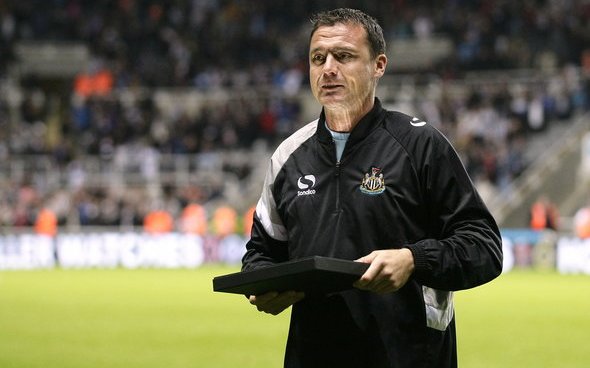 Newcastle United’s newest coaching addition Steve Harper will be providing a link between the Under-23s and the senior side, according to The Chronicle.

The club announced on its website on Friday that the former Magpies has returned to the club to serve as a first team coach, alongside all the other Steves!

But Harper’s role will be slightly different. He will work with both the U-23s and the senior side, serving as a conduit, in order to find the next young star from within the academy.

This is interesting. When you first saw the announcement that Harper was back at his boyhood club, you assumed it was going to be as a goalkeeping coach. However, it then said that he was working in the vague capacity of first team coach. He’s not going to be a standard first team coach, though, purely working with the first team squad members. Yes, he will probably spend a fair bit of time with Martin Dubravka and Karl Darlow, but that won’t be all he’s doing. He’ll also be keeping an eye on the U-23s and the club’s academy, looking to keep up the positive trend of Newcastle academy players making the step-up to the first team, following the runaway success of the two Longstaff brothers. Perhaps that was more down to those players’ individual ability that anything else, but Bruce is clearly banking on Harper helping produce more of that kind of talent.