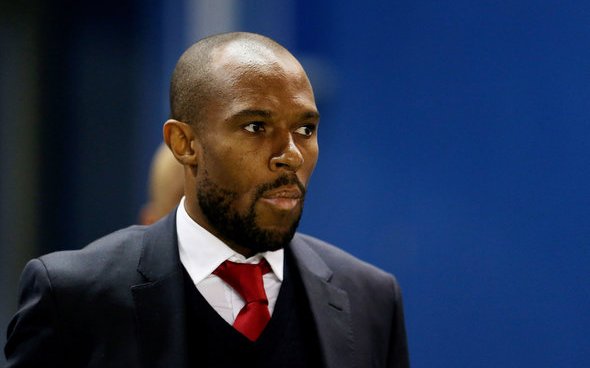 The partnership of Ciaran Clark, Paul Dummett and Federico Fernandez utterly failed to keep the hosts in check at Villa Park, as Dean Smith’s side eased to a 2-0 victory.

Nor did they have their customary recent impact at the other end of the pitch, leaving BBC Sport pundit Gabbidon to take aim at them.

It’s difficult to argue with Gabbidon’s statement, here. The Newcastle defence has been pretty solid in recent weeks, but perhaps the loss of captain Jamaal Lascelles is going to hit them harder than we all expected. They certainly missed the 26-year-old on Monday night, that’s for sure. They looked completely bereft at the back and, despite being busy, the central defensive trio produced a whole lot of nothing. They, like everyone else in a black and white shirt, were asleep for Conor Hourihane’s goal, while they didn’t do enough to cut out his cross for the second goal either. A quick look at the statistics shows that unfortunately it was quantity over quality for the Newcastle centre halves at Villa Park. As per WhoScored.com, Fernandez produced three tackles and six clearances, while Clark managed an interception and two clearances. Dummett, on the other hand, made two tackles, one interception and three clearances. Despite that, none of them achieved a WhoScored rating above 6.66, while Dummett and Clark’s personal tallies of 6.29 and 5.90 were particularly poor.