Martin Dubravka has been hailed by sections of Twitter for his performance in Slovakia’s 3-1 defeat at the hands of Croatia on Saturday. Dubravka, 30, made a number of fine saves but ultimately, the Newcastle United goalkeeper could not stop his nation from letting slip of a one-goal lead to lose. It could have been a huge night for Slovakia as they could have taken a step towards an unlikely qualification to Euro 2020. Instead, they are now only assured of a play-off spot after conceding three second-half goals. Despite being beaten three times, Dubravka was still in impressive form. Some football fans took to Twitter to hail the Magpies shot-stopper for his performance. According to stats by WhoScored, the ex-Slovan Liberec goalkeeper made 10 saves in the fixture. There’s no surprise he was being raved about on social media.

26': Vlasic with a great header but Dubravka with a even better save! Coming close to scoring! 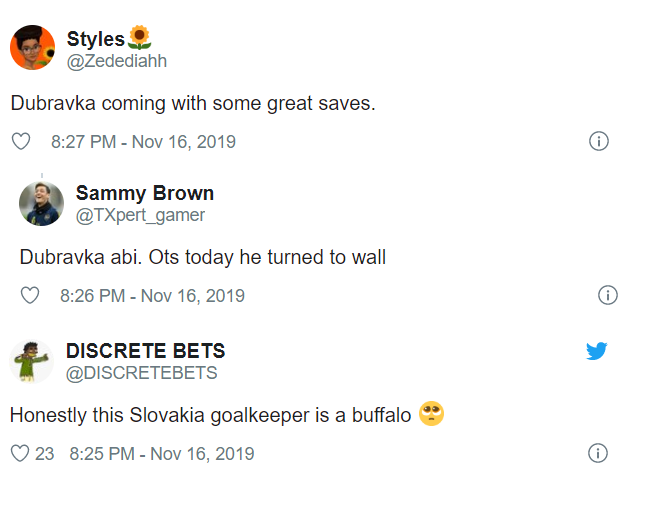