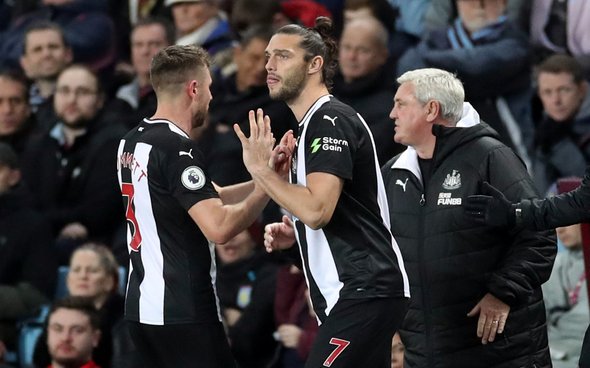 Newcastle United striker Andy Carroll has suffered a fresh injury in training, and is likely to miss Saturday’s lunchtime clash with Manchester City as a result, according to the Daily Mail.

The Toon hitman is yet to start a Premier League game this season, and has suffered a new setback in his quest to do so after picking up a rib complaint.

It is understood that the Magpies will wait to assess the problem, and are not yet aware of the full extent of the injury.

This is another blow for Carroll, and for Newcastle. If there is a silver lining, it’s probably that it’s a rib injury, rather than another setback with his infamously problematic ankle. That being said, any injury is far from ideal, and it will no doubt be a real source of frustration for a player who is still yet to start a game during his second stint at his hometown club. Whether he would have been given the nod against City is debatable, but knowing that he was an option coming off the bench will have been a comfort for Steve Bruce. After all, there are still very few players who can cause the kind of havoc that Carroll does when he gets going. The target man has won a staggering 15.2 aerial duels per 90 minutes in the Premier League so far this season, as per Whoscored, and there are very few players who could hope to match that record.