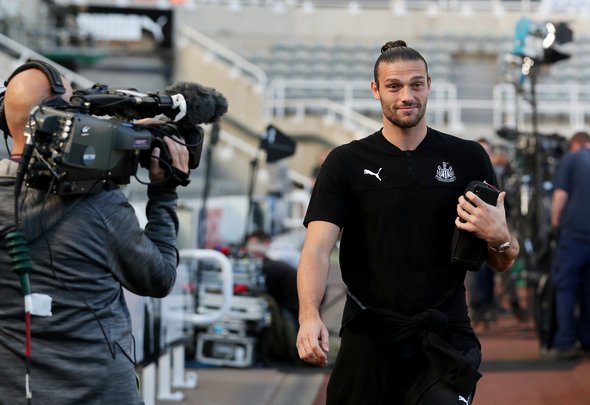 Newcastle United forward Andy Carroll had admitted that he feels like a pantomime villain due to his frequent injury problems in the Premier League.

The Magpies’ hitman shared that he can do too much at times when returning from setbacks, and that could be one of the reasons why he consistently picks up injuries.

Carroll suggested that he can’t help doing that when returning to action, as it is in his character to give more than 100% as soon as he crosses the white line.

“Sometimes it might be a little bit too much and I get myself in positions where it causes these injuries, but that is how I play and I can’t really help that,” he told the West Ham programme, as quoted by the Chronicle.

“I’ve been like the pantomime villain sometimes with the home fans and the away fans.”

Carroll returned to St James’ Park in the summer and has yet to find the back of the net for the Magpies when coming off the bench.

There is no hiding from the fact that Carroll is one of the most injury-prone players in the Premier League. Steve Bruce knew that when making the decision to bring him to the club in the summer, and his curse has seemed to have struck again as he is sidelined once again for Saturday’s clash against West Ham. Newcastle have done all they can to keep the 30-year-old at the top of his game fitness-wise, giving him his own training regime and wrapping him in cotton wool. Carroll’s admission proves that he isn’t exactly helping himself moving forward, and he shouldn’t be pushing as hard if he isn’t at the top of his game, and it definitely explains why he picks up so many injuries. Bruce needs to protect his striker more, and if he was to pick up more problems moving forward, the move to bring him to the club will have backfired massively.