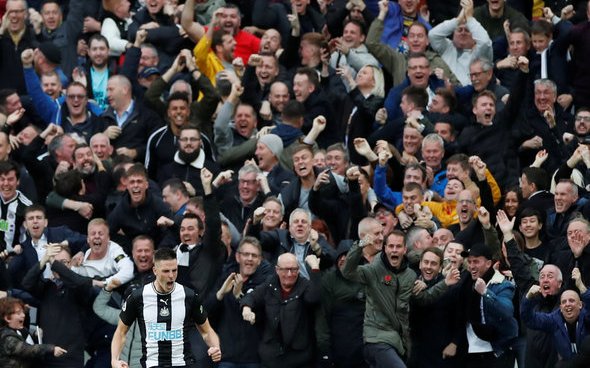 Steve Bruce has heaped praise on Newcastle United defender Ciaran Clark for taking his chance when it was presented too him.

The Magpies’ boss has been blown away by the Irish international since he returned to the side and scored twice in separate wins against West Ham United and Bournemouth.

Bruce admitted that he has had to leave Javier Manquillo and Yoshinori Muto out of the matchday squad despite them doing nothing wrong, and pointed at Clark as inspiration to earn their spot back.

“All you can say to them is, ‘Take your chance’, and Ciaran is the prime example of it,” he told the Chronicle.

Bruce suggested that Clark was most likely questioning how he wasn’t getting game time at St James’ Park at the beginning of the season.

What Clark has done is nothing short of incredible, especially after the way he has returned. Given the exceptional form of Paul Dummett, he looked like he had cemented his spot alongside Fabian Schar and Jamaal Lascelles for this campaign. The Irishman has come in and has clearly blown Bruce away with the standard of his performances, and left Dummett scratching his head on the bench. The 30-year-old has averaged 5.4 clearances in each game according to WhoScored, and his defensive strength has been what has set him apart from his teammates, and it isn’t just his goals that have given him that step up. Clark is one of the first names on the teamsheet at this moment, and after only starting nine games last season, all the credit needs to go to him for not backing down and forcing his way into the side, and more importantly keep that spot.