Bruce blown away by Grealish physique 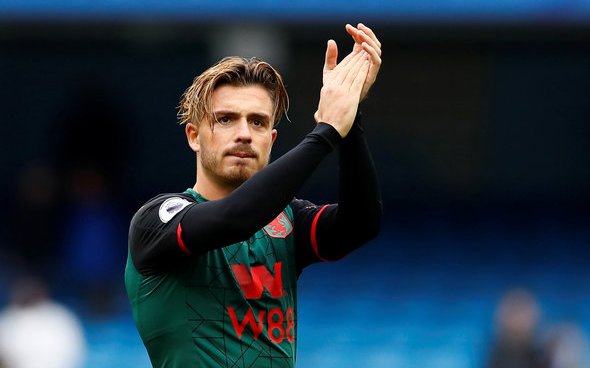 Newcastle United head coach Steve Bruce has admitted he was left blown away by the physical transformation of Aston Villa playmaker Jack Grealish.

The Englishman was managed by the Magpies boss at Villa Park, and Bruce has revealed that the change in physique Grealish experienced while he was there left him shocked.

“We brought this kid from the academy who was his mate, who grew up with Jack as the strength and conditioning coach in the gym,” he said, as per the Northern Echo.

“And he single-handedly, for me, changed him. In the gym and what he worked on – he came out after six months, and we looked at him and went ‘oh my god’ physique wise he’s a beast now and I think there was a little bit of shock really but a terrific player.”

There’s no doubt that Grealish has really bulked up from the skinny lad who first burst onto the scene at Villa Park, back when his team were still in the Premier League (before their restoration under Dean Smith). It’s interesting, though, to hear Bruce credit some random friend of Grealish’s as being the key to the 24-year-old’s physical transformation. That’s a bit bizarre, but it clearly worked. Perhaps the player just needed someone he trusted and was close to to help him unlock his physical potential. He’s still not the Premier League’s biggest player, while he is fouled relentlessly as always, but he seems to cope better with that sort of thing than he used to. Heck, he could cope even better if he put a proper pair of shin pads on and pulled his socks up a bit. There’s little arguing, though, with the fact that Grealish is Villa’s most dangerous player and will represent a huge threat to Bruce’s team on Monday night.