Bowen is ‘best in the league’ 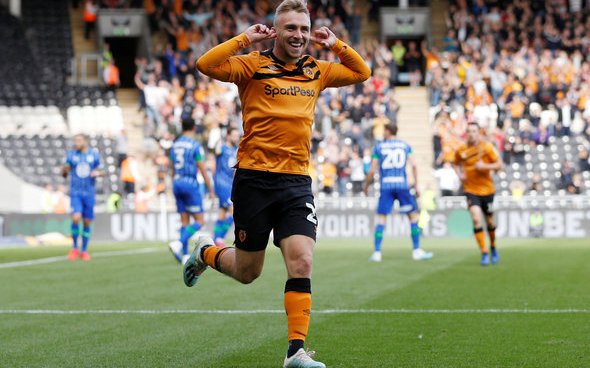 This January window promises to be a fascinating one for Newcastle United.

With the club lurching wildly this season between looking like potential relegation candidates and safe mid-table finishers, it can be difficult to tell just how secure they are, and how strong this squad really is.

With that in mind, you would perhaps expect to see some kind of activity in the transfer market, but as to who they swoop for and how much is spent, nobody can really tell at this stage.

One name that has repeatedly been mentioned, however, is that of Hull City winger Jarrod Bowen.

As per a report from The Northern Echo earlier this week, the Magpies are still said to be interested in the 22-year-old, who has hit nine goals in 16 Championship appearance new so far this season.

And if there were any doubts about his credentials, the Toon Army need only look at the glowing report his manager, Grant McCann has given on him.

“He’s top, top drawer. Anywhere he plays, he’ll have an impact on the game. For me he’s the best.”

McCann may be a little biased, but Bowen’s quality is undeniable.

As well as his nine goals, he also has two assists, and has averaged 3.5 shots, 1.1 key passes, and 1.9 successful dribbles per game, as per Whoscored.

Combine that with a match rating of 7.31, and it’s clear that the Magpies must make good on their reported interest.