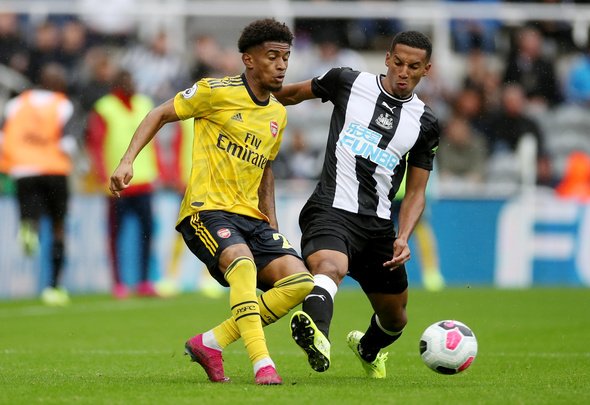 Sky Sports pundit Darren Bent has suggested that the Newcastle United fans do not appreciate Isaac Hayden as much as the squad at St James’ Park does.

Hayden, 24, returned from suspension to put in a solid display in the 3-2 win against West Ham on Saturday.

Ex-Sunderland striker Bent claims that the midfielder’s ability to break up opposition attacks makes him crucial for Steve Bruce’s side and reckons that fans need to hold him in higher regard than they currently do.

“He’s one of those players where the guys in the dressing room probably appreciate him more than the fans do,” Bent told Football Insider.

“Cause you’re right, he’s a big physical presence in there, he’s the stop-gap when the other side counter-attacks as he’ll put his body in the way and make tackles.

“Essentially he was missing for them previously, I’ve played for sides where in the dressing room there’s a player who we really appreciated what he’s doing, but the fans don’t quite see what we see.

“But yeah it was great to have him back.”

Hayden has had a superb 2019 for Newcastle. His red card in the 5-0 defeat to Leicester will simply go down as a blemish on what has otherwise been a stellar calendar year by the ex-Arsenal midfielder. Hayden made noises about wanting to leave St James’ Park last year due to his family being down south and he went about it in a very respectful and professional way. However Newcastle fans must be delighted that he ended up staying put because he’s been fantastic in the heart of the Magpies’ midfield under both Rafa Benitez and Steve Bruce. Hayden’s form had dipped a bit under Bruce – like most other players – but he is still one of the most consistent performers in the side. If Newcastle avoid relegation this season then the 24-year-old is going to be one of the main players in achieving that but there cannot be more suspensions like what he picked up at Leicester.