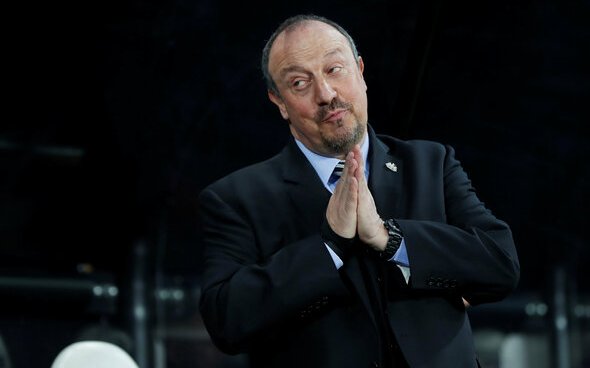 Former Newcastle United head coach Rafael Benitez has opened up on how soon after joining the club he knew a takeover wasn’t going to happen.

The Magpies were constantly discussed as a potential takeover option throughout Benitez’s tenure, with the Amanda Staveley and BZG sagas both taking place under his watch.

Now, Benitez has spoken out: “Newcastle was another challenge,” he told the Daily Mail. “A massive club, a fanbase supporting the team, a whole city. But after a few months you could see it was a different vision.

“The takeover was not coming and we needed to think about other options. This was the same idea, a chance to build something, a challenge. It was big project versus no project. The decision was easy.”

It’s interesting to hear Benitez say that within a few months of being at Newcastle he could tell that a takeover wasn’t coming and that he needed to start thinking about whether he wanted to be at the club or not. Obviously he ended up staying for another few seasons after his opening months at the club, and so you kind of question his talk about projects a bit. But perhaps he stayed for as long as he did because of his obvious affection for the supporters, and theirs for him. However, ultimately he decided that he had a big project on offer in China with Dalian Yifang and that that was a better option for him than remaining at a Newcastle that he didn’t foresee being taken over any time soon. That will come as a blow to the Magpies supporters desperate for Mike Ashley to sell up. It certainly doesn’t seem like Benitez thinks that’s going to happen anytime soon.