Benitez: I didn’t leave for money 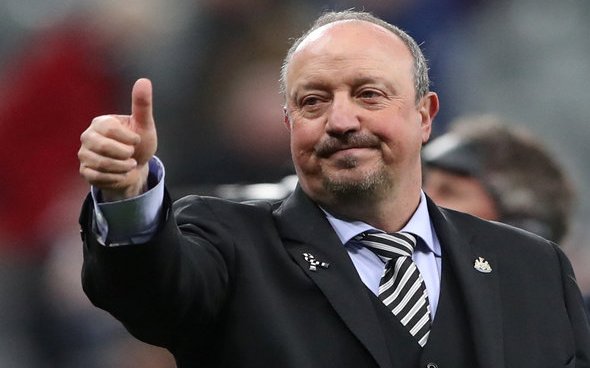 Rafa Benitez has hit back at Mike Ashley’s claim that he left Newcastle United over the summer for financial reasons.

The Spaniard left his role with the Toon Army prior to the new campaign amidst widespread confusion on Tyneside, prompting Ashley it suggest in an interview with the Daily Mail that he had only ever been interested in money.

But Benitez has refuted that claim.

Speaking in an interview with Four Four Two, as per the Chronicle, he said: “I have to answer that because he knows it’s not like that.

“I wouldn’t have stayed in the Championship and said no to massive offers if I was just thinking about that.

“I waited until the last minute this summer.

“But I don’t want to create more mess around that situation by talking more about it. I don’t want the fans thinking, ‘Rafa is talking too much about Newcastle’. Now it’s the time to move forward.”

As always, Benitez appears to conducting himself with class and decorum here, and it doesn’t take a rocket scientist to figure out who the Toon Army are likely to believe in this latest spat between him and Ashley. At the end of the day, Benitez makes a valid point. At pretty much any point during his contract on Tyneside he could have walked away and joined a bigger club for better money, but he stuck around and tried his best to bail out a side who were clearly going in the wrong direction under a very suspect owner. When push came to shove, Rafa left because he saw the club stagnating, and nobody can blame him for that. For Ashley to then try and spin things so that the Spaniard was the villain is a real indication of the way he operates, and how desperate he is to shift the blame at all times. It’s good that Benitez has been given the right of reply, but he should never have been called into question on his loyalty in the first place.