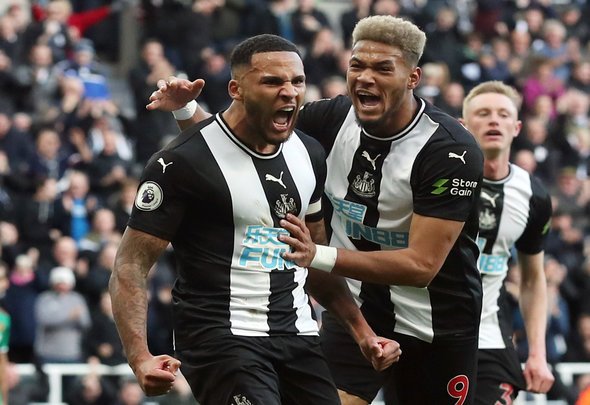 Newcastle United winger Christian Atsu has claimed that he would not want to fight captain Jamaal Lascelles, comparing him to WWE superstar The Great Khali.

The Indian wrestler was billed at a height of 7’1″ and was purported to weigh 347 pounds, as per the WWE.

And Atsu has drawn comparisons between him and Toon skipper Lascelles.

When asked to name one teammate he would not want to get into a fight with during an interview with NUFC TV, the Ghanian international said: “Jamaal, he’s too big for me.

You can’t really blame Atsu for this one. Lascelles is an absolute beast in his own right, and while he may not be on the same level as The Great Khali, he is still a hugely imposing figure. Standing at 6’2″, as per Whoscored, Lascelles isn’t just big, he’s intelligent enough to use that size effectively too. So far this season he has averaged two aerial duels won per game, as well as 4.9 clearances and 1.3 interventions. He is very much the leader of the Magpies’ backline, and his role as captain shows just how important he is to Steve Bruce’s side. With Ciaran Clark and Federico Fernandez both in good form, and with Fabian Schar and Florian Lejeune both on the comeback trail, competition for places will no doubt be high at the heart of defence, but when he himself makes his return from the treatment room, don’t be surprised to see Lascelles walk straight back into Bruce’s XI.