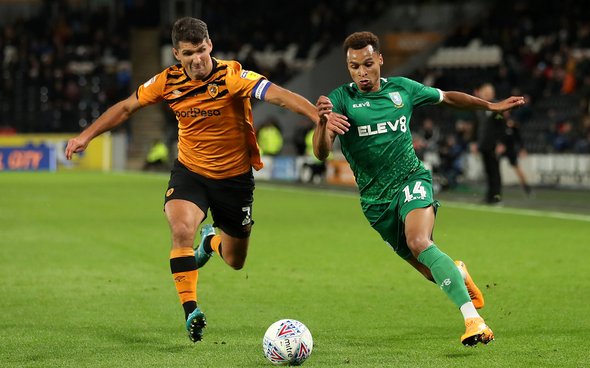 Jacob Murphy may have left Newcastle United to join Sheffield Wednesday on loan in the summer to ensure he got regular playing time but it hasn’t gone to plan.

The 24-year-old winger has failed to establish himself in Sheffield Wednesday’s first-team and as a result, has only played 438 minutes of action across eight league appearances this season. (Source: WhoScored)

Murphy has been mostly deployed from the bench and has actually only completed 90 minutes on two occasions for the Owls so far. (Source: Transfermarkt)

Given that the attacker’s likely end goal from this loan spell at Sheffield Wednesday is to return to Newcastle as a player capable of featuring in the Magpies’ first-team, then he needs to up his game.

After all, if he can’t regularly feature for a side in the Championship, why would a Premier League side trust him to deliver the goods?

No side in the Championship or the Premier League is going to want a player who has a tendency to lose the ball, and matters are only made worse when you consider his pass completion rate currently stands at 72.3% for the season. (Source: WhoScored)

However, all is not lost for Murphy as it seems Sheffield Wednesday manager Garry Monk still believes the winger can be useful this season.

The Championship manager gushed about Murphy’s cameo appearance in the 1-0 win over Hull City, which makes sense as he caused Hull to sweat enough to foul him twice despite being on the pitch only 34 minutes. (Source: WhoScored)

Monk even admitted that Murphy was still an important player in his eyes and while he claimed the 24-year-old would get game time through him rotating his squad, he suggested that if he delivers what he is capable of consistently then he’d be utilised more.

“I was very pleased with Jacob when he came on,” said Monk on the Owls’ official Facebook page, as transcribed by Sheffield Wednesday.news.

“And yeah he affected the game. That’s what you have to do, whether you’re starting games or coming on in games. You have to have that type of mentality. And I thought he did very well.

“Again, he’s an important player. They are (all) going to be needed, especially in those wide areas, throughout the season. It’s impossible for a couple of them to play each and every game. There’s going to be some rotation. Sometimes you’re going to need to do that for freshness.

“But yeah, that’s more what I want to see from Jacob, consistently. And I’m sure (I) will do.”

Murphy surely needs to seize this glimmer of hope being offered by his manager sooner rather than later by being able to show what he is capable of whenever called upon by cutting out the silly mistakes.

The 24-year-old is clearly capable of being a talented enough player to feature for Sheffield Wednesday, he has previously been rated good enough to feature 34 times in the Premier League, but he has to prove he is reliable.

If Murphy does this, he may actually turn his loan spell at Sheffield Wednesday around and make everyone at St James Park take notice.