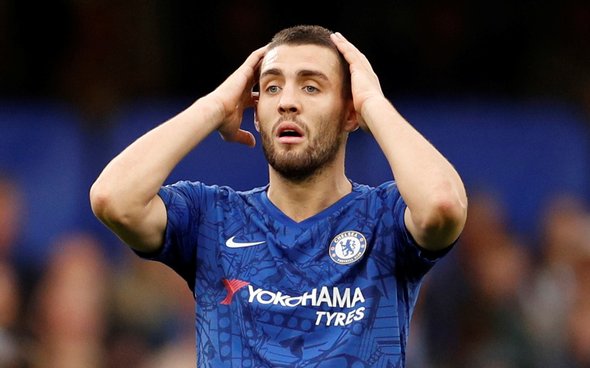 Newcastle United are set to travel to Stamford Bridge to face Chelsea on Saturday and the Magpies may have been handed a boost at their opponent’s expense for the clash.

Chelsea midfielder Mateo Kovacic featured for Croatia on Sunday in their 1-1 draw with Wales but was unable to play the full 90minutes.

The 25-year-old was brought down by Tottenham’s Ben Davies during his latest display, and he went down for treatment before limping off because he couldn’t continue. (Source: Chelsea’s official website)

Given that Kovacic didn’t emerge for the second half, he limped off at the end of the first half, it does seem like the Blues have been dealt a potential injury blow that will weaken their options for Saturday.

After all, the midfielder only has a short timeframe to recover in following his knock, if it turns out just to be a knock, and he is an important player who they will miss.

Kovacic has featured in all Chelsea’s games this season, bar the 7-1 win over Grimsby Town, and that highlights how he is a player Frank Lampard likes to turn to week-in-week out.

While some times he may be utilised from the bench, it shouldn’t underestimate his quality.

Kovacic is a solid defensive presence in Chelsea’s midfield, which they need considering they’ve conceded 14 goals in their opening league games as it shows their defence needs all the help it can get and he has consistently made tackles in his outings as he has averaged 1.5 per game. (Source: WhoScored)

The Croatian midfielder is also a player capable of helping Chelsea drive forward with this being shown by the fact he has completed 1.9 dribbles per game.

Kovacic has also been proven to be difficult for an opponent to stop when he is charging forward as he has been fouled on average 1.5 times per game, which suggests that his opponents struggle so much to stop him, they simply decided they have to bring him down unfairly. (Source: WhoScored)

Also, you do feel Kovacic is different to Chelsea’s other midfield options as they tend to be more attack-minded.

For example, Ross Barkley could benefit from Kovacic’s injury and now be a contender to take feature in Saturday’s clash, but he has only averaged 0.8 tackles per game across his five league outings (Source: WhoScored)

So with that in mind,  you do feel Chelsea could have been dealt a blow if Kovacic is set to be unavailable for the clash with Newcastle after limping off during international duty.