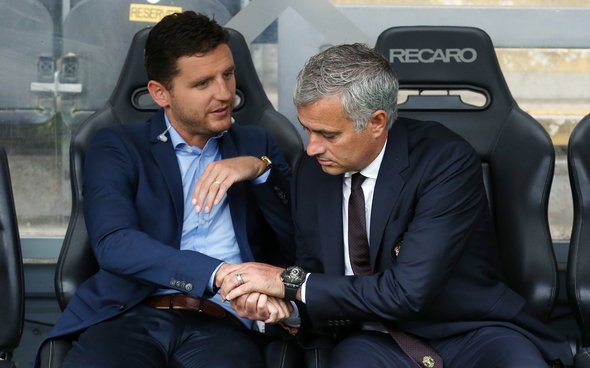 Adrian Durham joked that Steve Bruce would sign Kilmarnock defender Alex Bruce for Newcastle United if he could.

The talkSPORT host made the cheeky remark about the Magpies boss recruiting his own son after David Connolly suggested the veteran manager may not have opted to sign Newcastle attacker Miguel Almiron if he had been at the club sooner.

“If it is Steve Bruce’s players, he is going to be signing Alex Bruce,” joked Durham on talkSPORT (18:47, Friday, October 4th).

Bruce previously played for his father when at Birmingham City and Hull City, and has played a total 48 times in the Premier League during his career.

Durham joking about Bruce signing his own son to build his ideal team is a sly a little dig that many Newcastle fans will love. As obviously the 34-year-old is so far off being good enough to play for the Magpies it’s laughable, and he wouldn’t have exactly made much of difference if he was at St James Park during his peak years. Bruce was only on the winning side 10 times during his Premier League career and only helped his respective side rack up four clean sheets while conceding 48 goals (Source: Premier League). With stats like that, it says a lot that Durham refers to the enforcer as being the type of player the Newcastle manager likes. The Magpies currently sit 19th in the Premier League and have only managed to score four goals, so clearly everyone is trying to work out what is causing Bruce’s side to struggle so much. Connolly tried to avoid blaming Bruce for Newcastle’s shortcomings and all it did was give Durham a chance to make a joke at the manager’s expense. However, while Durham dodged saying what he thought was causing the Magpies’ issue, it’s fair to say Bruce and the players should be taking a long hard look at themselves.