Yedlin should start over Krafth once again 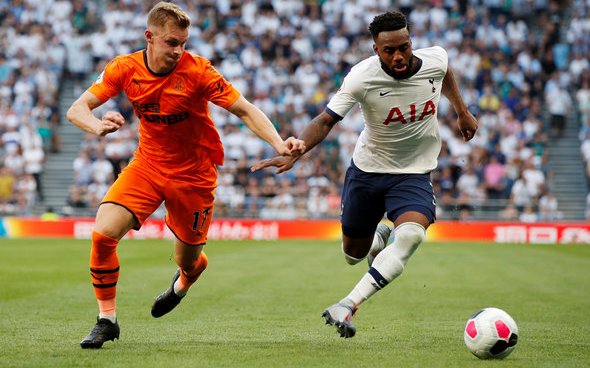 DeAndre Yedlin started his first match of the season before the international break when the right-back played all 90 minutes of Newcastle United’s 1-0 win against Manchester United at St James’ Park.

Yedlin, 26, returned to the starting line-up to replace summer signing Emil Krafth, who had been Steve Bruce’s first-pick at right-back until the team news was released prior to the match against Ole Gunnar Solsksjaer’s side.

However after watching how Yedlin performed in that match, 25-year-old Krafth is surely set for a spot on the bench this weekend when Newcastle return to Premier League action with a trip to Stamford Bridge to play Chelsea.

According to stats by WhoScored, Yedlin completed one tackle, two interceptions and three clearances to help Newcastle keep a clean sheet against Man United.

The USA international also did a decent job when it came to attacking down the right flank by completing one dribble, one cross and two long-range passes.

Krafth could only wish for consistent numbers like that in his opening six appearances in the Premier League for Newcastle.

The Sweden international is yet to complete more than one interception in a match and has only completed two tackles in his last three league starts [WhoScored].

Krafth has only completed one dribble in a Newcastle shirt too, and that came in the 5-0 defeat to Leicester, in his last match before Bruce dropped the axe on him and called Yedlin back into the side.

He’s also only made one successful cross all season.

Yedlin may have only made one start for the Magpies this term due to a hernia operation he underwent in the summer, but the former Sunderland right-back has already shown that he is a better option than Krafth at right-back.

It is unfortunate because he is a new player at St James’ Park but Bruce would be making a huge mistake if the Swede wasn’t sitting on the bench on Saturday against Chelsea with Yedlin in the starting line-up.