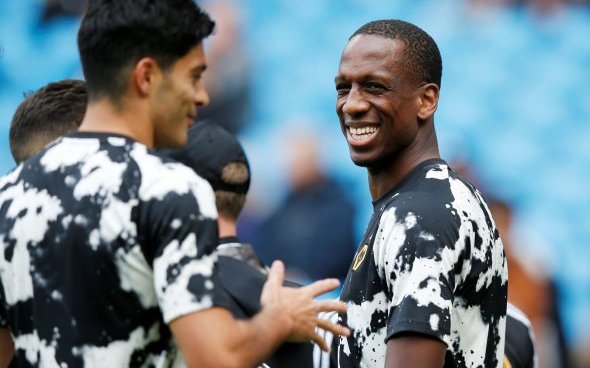 Wolves defender Willy Boly has been ruled out of the game against Newcastle United on Sunday afternoon, according to the Birmingham Mail.

The newspaper claim on their website that the French enforcer will miss the trip to St James’ Park after suffering an ankle injury in training in the build-up to the game.

The Birmingham Mail report that the defender, who has been linked with both Arsenal and Tottenham, has been in great form for the Midlands’ side but will not be available.

Boly has started all but one game in the Premier League for Sunday’s visitors and played the full 90 minutes against Slovan Bratislava on Thursday in the Europa League.

This is a great boost for Newcastle going into the game. The Magpies have been massively struggling in front of goal so far this season, and the fact that their opponents will be missing their main defender ahead of the clash could see them find much more space in the final third. Steve Bruce’s side has the joint-worst attack in the league and have failed to score more than one goal in a single game so far this season, and Joelinton will be relishing the opportunity to come up against a defence that could be reshuffled at St James’ Park. Boly has been a brick wall at Molineux so far this season, and wins an average of almost five aerial battles [4.9] per game according to WhoScored, and would be one of their biggest defenders to help his side should Newcastle attempt to utilise the long ball on Sunday afternoon – something which could be unlikely given the absence of Andy Carroll.