Williamson in awe of Longstaff brothers 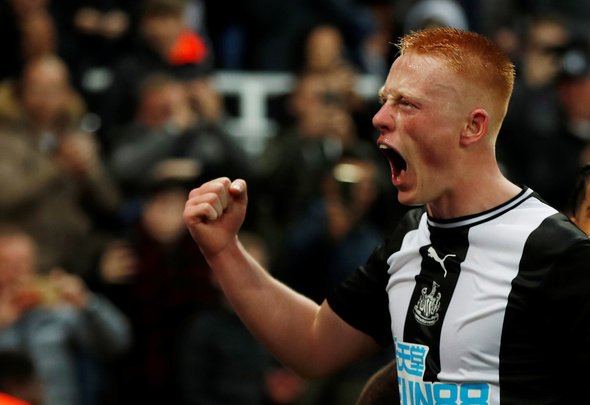 Mike Williamson has heaped praise on Newcastle United duo Matty and Sean Longstaff for their roles in the 1-0 victory over Manchester United on Sunday afternoon.

The former Magpies’ enforcer was particularly impressed with how the occasion wasn’t too much for the brothers, who treated the match as if they were on a school playground.

The Newcastle pair combined in the heart of midfield to help their side to all three points at St James’ Park, with Matty scoring the all-important winner from the edge of the box in the second half.

“I really enjoyed the fact on Sunday it didn’t faze the Longstaff brothers, they looked like they were still playing on the school playground in front of 50,000 people,” he told the Chronicle.

The 19-year-old was handed his Premier League debut for the club in the game, as Steve Bruce decided to give him the chance over the experienced Ki Sung-yueng.

The Longstaff brothers continue to impress in the North East, and Bruce will surely be delighted with the partnership he put together for the game on Sunday. With Isaac Hayden still suspended and Jonjo Shelvey recovering from an injury, both should definitely get the opportunity to start against Chelsea next time out and prove themselves once again. Their success in the game came through hard work and determination, with both running themselves into the ground to help their side not only disrupt Manchester United but also cause them problems in the final third. Between them, they completed three tackles and had three shots on goal against the Red Devils according to WhoScored, highlighting their importance in all departments. Williamson is right to heap praise on the Newcastle duo, who will be raring to get back into the action as soon as possible after the international break and continue their fine form for the Magpies.