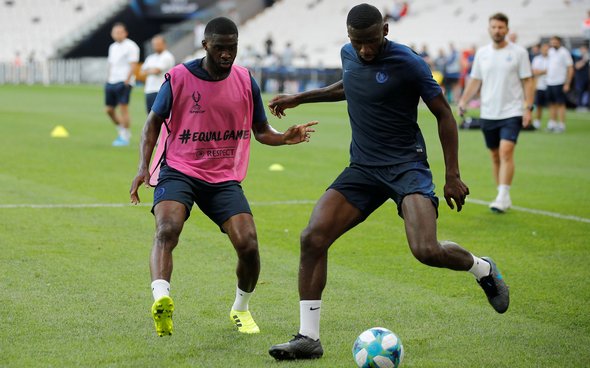 Newcastle United have struggled for goals this season while Chelsea have been shipping them for fun.

The Magpies have managed five goals in eight league games while the Blues have let in 14 goals in their opening eight league matches, so you feel Newcastle’s attacking options will be looking forward to Saturday’s clash between the two sides as it will be an opportunity to get some goalscoring form going.

However, that may have changed upon hearing that Blues centre-back Antonio Rudiger had shaken off the groin problem that had caused him to miss his side’s last three league games.

The 26-year-old played 45 minutes of 5-2 win over Wolves this season, which was his first game back following knee surgery, and it’s clear Frank Lampard’s side have missed him.

After all not only have they notably shipped a lot of goals, they have only managed to keep one clean sheet in 12 games this season as they even managed to let a goal in when facing League Two’s Grimsby Town in the EFL Cup.

Yet Rudiger should be able to improve that record.

The 6ft 3in tall centre-back, as per Transfermarket, has helped the Blues keep 23 clean sheets in the 61 league appearances he has made for them, and they’ve notably only conceded 57 goals in those games as well. (Source: Premier League)

Rudiger on averaged has won 58% of his tackles in his Premier League career and he impressively made 95 clearances in his 2018/19 campaign which shows how often he is the Blues’ last line of defence. (Source: Premier League)

While Rudiger being available again sounds like a massive boost for Chelsea, there’s a catch as far as the Newcastle game is concerned.

The Sun report that the 26-year-old is unlikely to be ready to start Saturday’s game, so the best Frank Lampard can hope for is to be able to use him from the bench.

So with that in mind, the Magpies have been handed a boost for Saturday’s clash as while Rudiger has got over his injury problem, they won’t have to figure out a way to get past him for the majority of the game, and will have time to make the most of playing against a weakened Blues defence.