Sky Sports touchline reporter Patrick Davison took to his Twitter account after interviewing Steve Bruce to share that he thought the Magpies boss was a really decent person to deal with, and his tweet, as a result, didn’t go down well among a section of the Toon Army. While Davison made clear that he wasn’t suggesting that Bruce was the “right man” for the Toon as he said he had no idea about that, it wasn’t enough for some Magpies supporters to stop fuming over his remarks. Several Newcastle fans pointed out how Bruce being a nice guy wouldn’t stop their club suffering relegation this season, while one Magpies fan contested Davison’s Bruce verdict as they claimed the manager was disloyal and his exit from Sheffield Wednesday proves that. While you’d like to hope Bruce is a nice guy, it’s no surprise Newcastle fans took Davison’s words the wrong way, as it’s clear why the fanbase is currently angry. The Magpies were torn apart by Leicester City as they were hammered 5-0 in their last outing and the club currently sit 19th after only scoring a woeful four goals. 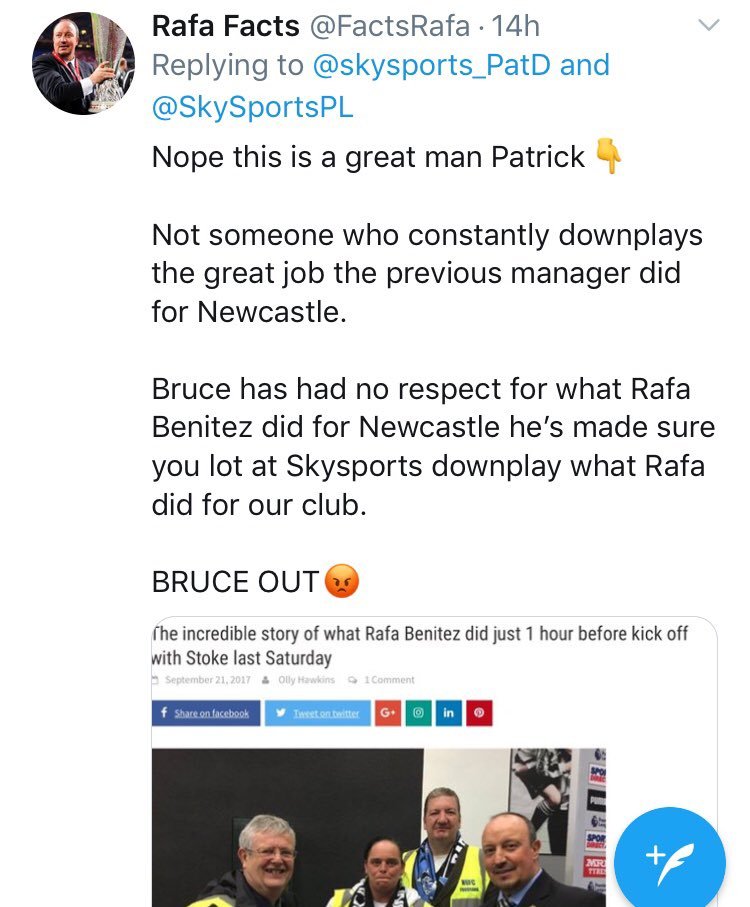 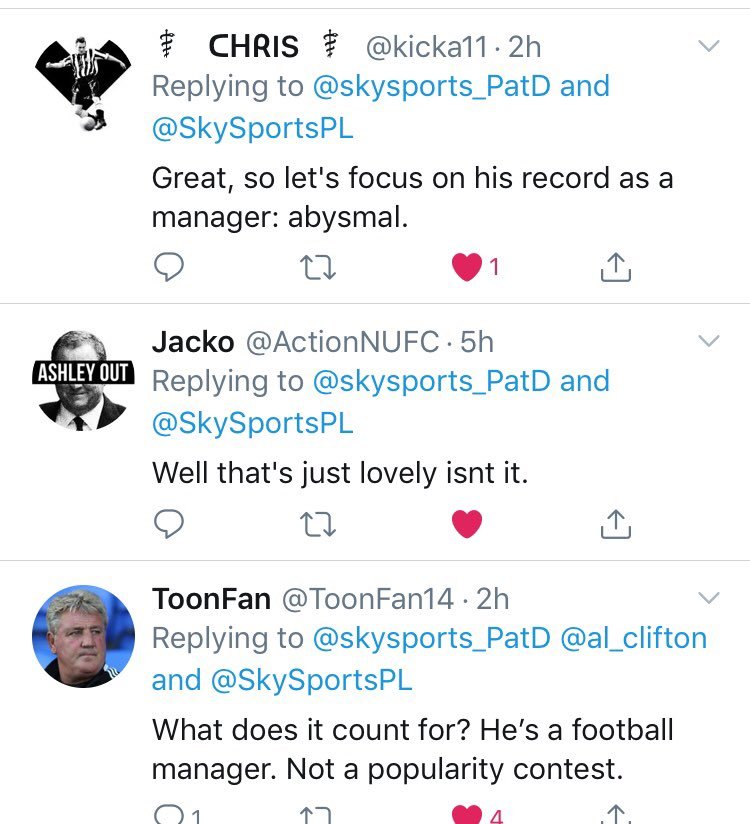 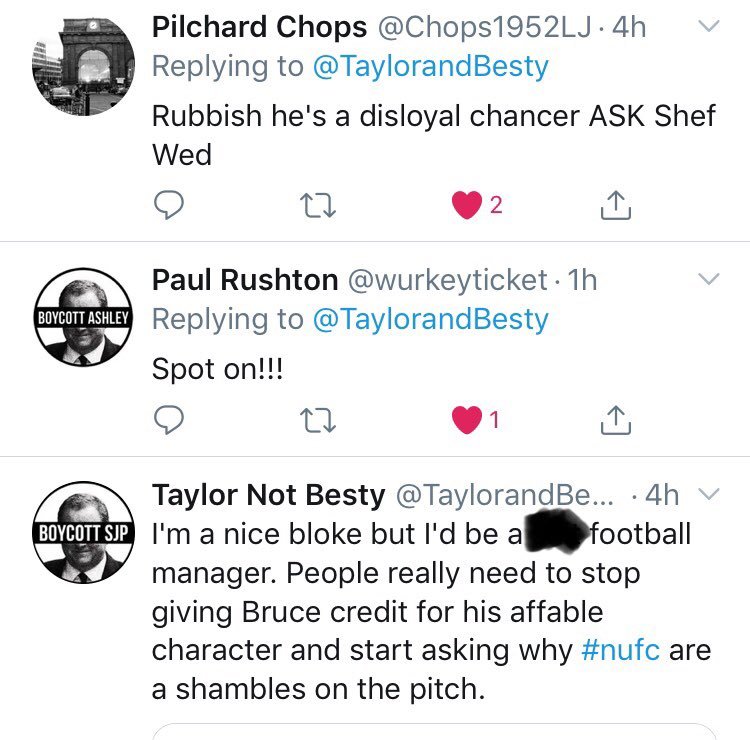 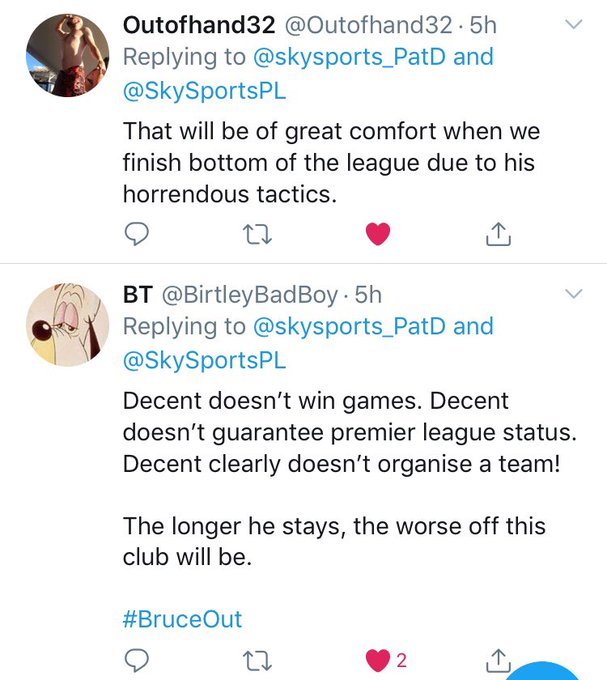