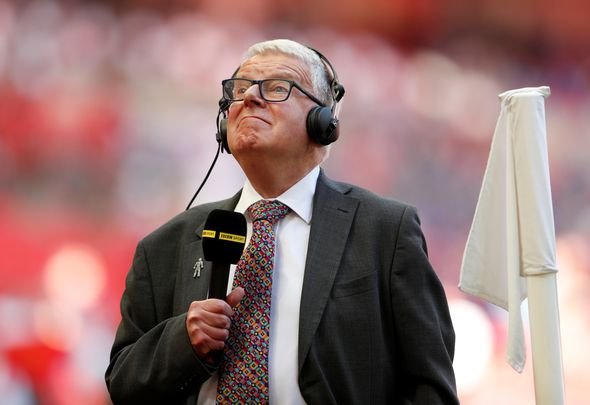 John Motson has predicted Newcastle United to beat Manchester United when the two famous clubs clash in the Premier League on Sunday.

The legendary commentator shared he was going against the grain with his prediction by backing Steve Bruce’s side to win and then took a trip down memory lane by referring to the Magpies’ previous 5-0 win over Man United.

Motson shared he thought Sunday could be the day when Bruce’s side are able to ease the pressure surrounding the manager before eventually confirming he thought it would be 2-1 to Newcastle.

“Well, I’m going to go against the grain, I think Newcastle definitely need something and think this might be the day when perhaps they can lift themselves, bearing in mind the opposition, there have been some great matches between the two,” said Motson on talkSPORT (14:56, Friday October 4th).

“5-0, remember that game with Philippe Albert and Keegan and all that? This could be the day that at last strike a bit of balanced and relieve all the stuff going on around Steve Bruce.

It’s hard not to believe pundits are backing Newcastle to win just because of how loudly the alarm bells are ringing at Old Trafford. While the alarm bells are certainly also chiming at St James Park with the club 19th in the Premier League and struggling for goals, the panic coming out of Manchester United seems to be louder. This is probably as Man United weren’t expecting such a dismal campaign, given their squad, and because their expectations for success are much higher. However, while Motson is backing the Magpies to heap further misery on Man United, aside from Newcastle’s 1-0 win over Tottenham earlier in the season, it’s hard to see why he has any faith in Bruce’s side. The Magpies were ripped apart by Leicester City in their last outing as they lost 5-0, and didn’t really give fans many reasons to cheer. Also, it’s quite bold of Motson to predict Newcastle to score two goals on Sunday as when you consider that is 50% of their goal tally after seven games played, getting two goals in one game seems unbelievable right now.