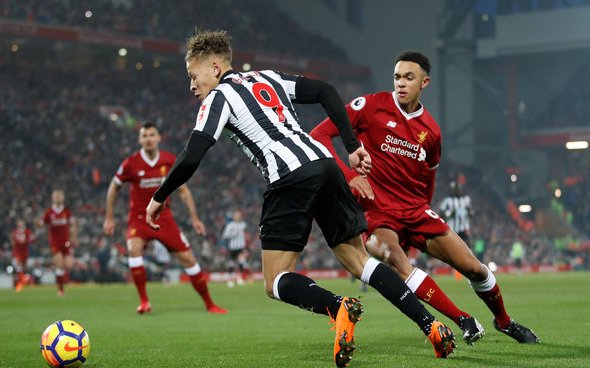 It’s hard to know where Newcastle United stand at the moment.

For every step forward, such as the 1-0 win over Manchester United prior to the international break, the Magpies seem to take one huge leap backwards again, such as the drab 1-0 defeat to Chelsea last Saturday.

In that game, they managed no shots on target and just 29% possession, as per the BBC, and it means that going into Sunday’s clash with Wolves, Steve Bruce faces something of a conundrum.

If his side aren’t scoring goals, they aren’t going to win matches, and if they’re not picking up points, then a relegation dogfight surely beckons.

As such, a change of approach could well be needed.

Joelinton has hit just one goal in nine Premier League matches so far this season, and while that may be a reflection on the lack of service he is receiving as opposed to his own ability as a goalscorer, it does still lead to some natural concerns.

But the secret to unpicking Wolves’ defence may actually prove to be a relatively simple one.

Speaking on Match of the Day, as quoted by the Chronicle, Alan Shearer suggested last weekend that Wolves “couldn’t cope” with the pace of Danny Ings in behind during their 1-1 draw with Southampton, and that the back three “struggled” with the 27-year-old’s movement.

If pace is the key, then Bruce surely must turn to Dwight Gayle this weekend.

The £40,000-a-week hitman [Spotrac] provides a much more mobile option than Joelinton, and his ability to stretch a defence could prove to be the weapon needed to spring Wolves’ backline.

Gayle has been out with an injury for most of this season, but did make a cameo appearance against Chelsea last weekend, and if the 29-year-old is fit enough to start, then Bruce surely has to give him the nod to add another dimension in attack.