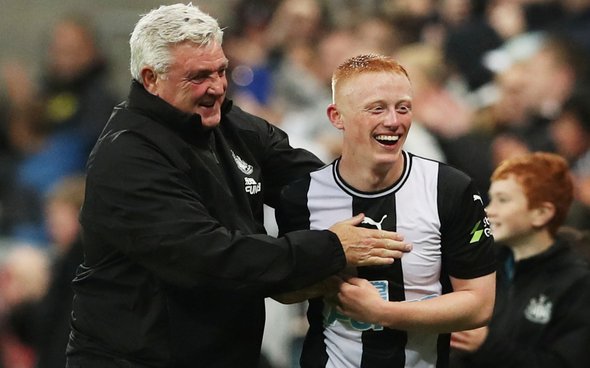 If you gave a room of Hollywood scriptwriters the opportunity to write the dream Premier League debut, the chances are that they would have come up with something pretty similar to what happened to Matty Longstaff on Sunday afternoon.

Scoring a thunderbolt of a winner in front of your home fans against one of the most successful sides in English football is one thing, but to do it with your big brother alongside you in the centre of the park adds another level of drama entirely, and will no doubt make for a day that Longstaff will never forget.

And that’s the opinion of Newcastle United legend Alan Shearer too.

Speaking to the Premier League about Longstaff, the Toon favourite said: “What a dream full debut it proved to be for the Newcastle United youngster.

“I can remember all too well my first goal at St James’ Park.

“He looked very comfortable in midfield, and what a strike!”

Shearer also named Longstaff in his team of the week.

And the teenager fully deserved the praise too.

On Sunday, he managed a key pass, two shots on goal – one of which hit the bar and the other which went in – and was awarded a Whoscored rating of 8.05 for his efforts.

In short, he was sublime in the centre of the park, and he has surely cemented a place alongside his brother when the Magpies return to action against Chelsea on October 19th.

For a local lad, things couldn’t have gone much better this weekend, and an acknowledgement from Shearer will no doubt be the icing on the cake.