Alan Shearer has included Newcastle United defender Jamaal Lascelles in his Premier League Team of the Week for his display against Wolves on Sunday.

The Magpies’ captain scored a thumping header midway through the first half at St James’ Park but was unable to prevent the visitors from equalising as his side had to settle for a 1-1 draw.

Steve Bruce was forced into changes in his defence for the clash with Wolves, with the £40,000-a-week enforcer [Spotrac] partnered by Federico Fernandez and Ciaran Clark in the heart of the defence.

Former Newcastle forward Ayoze Perez also made the team after his hattrick in Leicester City’s 9-0 win against Southampton on Friday evening. 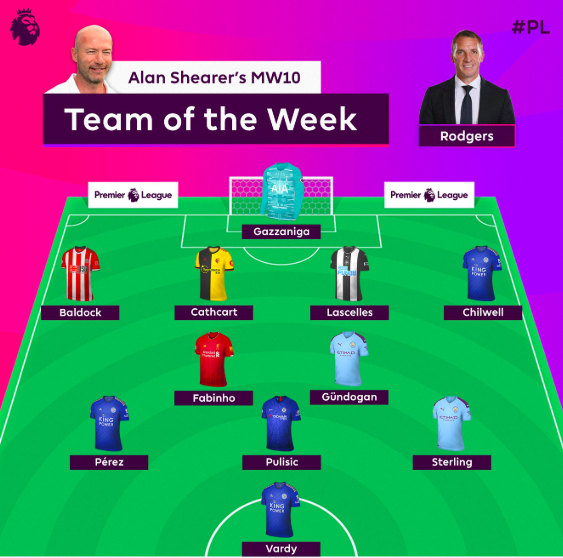 Lascelles was nothing short of phenomenal for the Magpies against Wolves on Sunday, and even took matters into his own hands in the final third. The Newcastle captain was in great form as he headed his side into the lead in the first half, and the relief around St James’ Park was clear to see. Wolves had recently travelled to Manchester City and kept a clean sheet on their way to three points, so to keep them relatively quiet for the best part of an hour is credit to the way Bruce set his side up. Newcastle kept possession well throughout the game and stretched Wolves around the pitch, something which started from the back with Lascelles pivotal to their plan. The 25-year-old finished with an impressive pass success rate of 90.9% according to WhoScored – his best of the season so far. Lascelles definitely deserves a spot in Shearer’s team, and will take the recognition but know there is much more work to do moving forward.