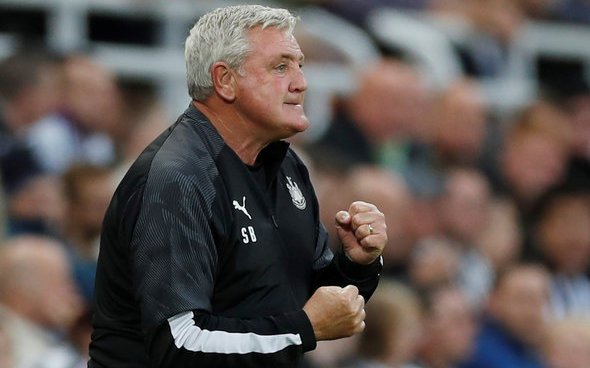 Steve Bruce has confirmed that Newcastle United are in talks with the agent of Sean and Matty Longstaff over new contracts for the two brothers.

Sean, 21, and Matty, 19, have started alongside each other in Newcastle’s midfield for the last two matches and with both youngsters looking impressive, it would seem as though the club has taken steps to get them tied down at St James’ Park.

It was confirmed on Thursday that goalkeeper Martin Dubravka had signed a new six-year deal on Tyneside and speaking in his press conference on Friday ahead of Newcastle’s meeting with Wolves, Bruce confirmed that talks are underway over the Longstaff brothers.

The day after tying down keeper Martin Dubravka to a 6-year deal, Newcastle boss Steve Bruce confirms the club are in discussions with Sean & Matty Longstaffs’ agent over new deals for the brothers #NUFC

It is great news for Newcastle fans that efforts are being made to tie down Sean and Matty to new contracts. Both of them have seen their role in the first-team improve under Bruce, with Sean looking undroppable and Matty’s recent emergence helping the Magpies earn a 1-0 win against Manchester United. It remains to be seen what kind of length their new deals will be. Dubravka is in his 30s already and that six-year contract came as a bit of a surprise. Would two younger players agree a deal like that? It seems unlikely, especially when Sean has been widely-linked with Man United this year and there is bound to be speculation surrounding Matty if he continues to play as he did in that victory against the Red Devils before the international break. Newcastle need to start making an effort with these contracts because it sure seems as though the club could be preparing for the possibility of relegation come May.