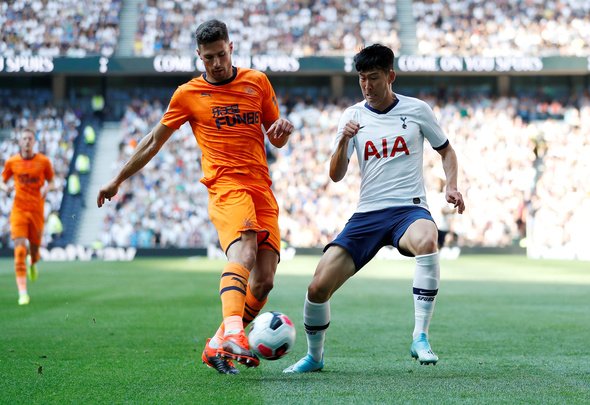 Fabian Schar could be forced to miss Newcastle United’s clash against Wolves at St James’ Park on Sunday, according to the Chronicle.

The newspaper claims that Schar, 27, has been undergoing assessments on a knee injury he sustained in the defeat to Chelsea last week and there is a chance the centre-back will miss his first match of the season when Wolves travel to Tyneside in the coming days.

It is understood that if the Switzerland international fails to recover in time then Paul Dummett or Federico Fernandez could start in his place.

Schar has perhaps been one of Newcastle’s best players this season. The ex-Deportivo defender has played 10 times across all competitions and has helped Steve Bruce’s side keep three clean sheets in the process. It will be a huge blow if he misses the match against Wolves because his absence means that the defence is going to be severely weakened. Dummett has to be the best player to replace Schar in the side because at least the Welshman has played plenty of football this season. Fernandez, on the other hand, has only played four times across all competitions and earned just 23 minutes’ worth of game-time in the Premier League. The rarely-seen Argentine is well down Bruce’s pecking order and is perhaps bottom of the pile when it comes to the plethora of centre-back’s the Magpies boss has at his disposal. It would be a surprise if he started against Wolves but Bruce has already shown this season that he will change things up every now and then. Whether or not that would work this weekend, remains to be seen.