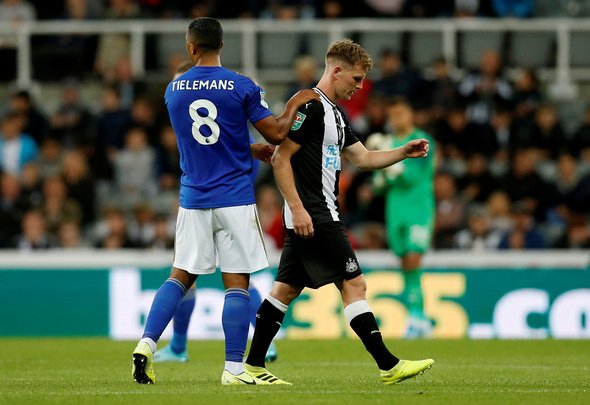 The Scotsman has been missing since injuring his ankle in the Carabao Cup defeat to Leicester City earlier in the campaign, but Jetro Willems has stepped up in his absence.

There is no arguing that the Magpies has missed Ritchie’s overall influence on their squad during tough moments in games in the Premier League.

Ritchie is one of Steve Bruce’s most experienced options at St James’ Park and is so versatile he can fill numerous positions in games when he is needed.

The Chronicle journalist, Lee Ryder, recently had his say on whether or not Newcastle have missed Ritchie, and he gave a definitive verdict in Wednesday’s Q&A.

“Ritchie is like a second captain as far as I’m concerned,” he wrote.

“He is vocal and keeps everybody on their toes. His gamesmanship and shrewdness on the field has cost Newcastle points while he’s been out.

“Remember, he’s been out since August and at times he’s been a huge miss.”

Ritchie has clearly had a huge effect on everyone involved around St James’ Park, and his imminent return to the first-team is surely set to give a massive boost to the Magpies.

Newcastle failed to capitalise on their 1-0 win over Manchester United recently with a loss against Chelsea being followed by a 1-1 draw against Wolves where they should have really won the game.

Ritchie will be a welcome return against West Ham on Saturday, and Newcastle will certainly be looking to take advantage of their recent struggles in East London, with Manuel Pellegrini’s side having not won a game in October.

The 30-year-old is as versatile as they come, and can even fit in at midfield if required too at the London Stadium, and he could be set to give Newcastle a huge boost ahead of the game.