Roberts: If Pardew stayed at Newcastle I would’ve had more chance 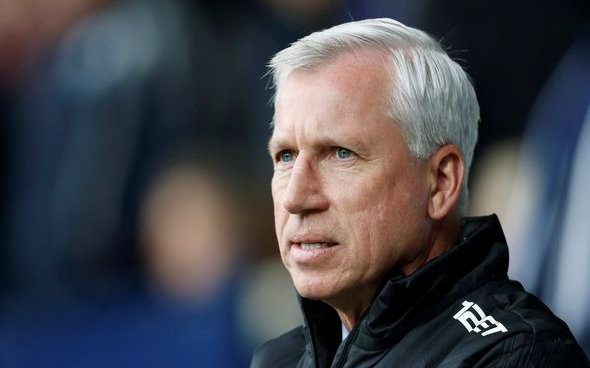 Cal Roberts has claimed that he would have had more chance of making it at Newcastle United if Alan Pardew remained in charge of the club.

The 22-year-old attacker left St James’ Park at the end of last season and has since joined non-league side Blyth Spartans, who play in the National League North.

However the South Shields-born winger reckons that he could have been a success at Premier League side Newcastle if Pardew remained there longer, suggesting that the changes in management had an impact on his development.

“I think I was unfortunate with the manager changes, because I think if Alan Pardew or JC had stayed I think I would have got more of a chance. But the change of managers leads to a change of plans,” Roberts said, as quoted by the Chronicle.

“Pardew was really good with young players, and me in particular. He would speak to us all the time in training, he’d tell me what I can do better, tell me what I was doing well at.

“Then [John] Carver took over with Peter [Beardsley], and I think that was a big help in my debut because I had a really good relationship with Peter. We got on really well together, obviously he was a player who played in my position so he helped me a lot.

“When Steve McClaren was there, I got the impression he really didn’t fancy us. He would put others ahead of me who had never been ahead of me before.”

A lot of Newcastle fans will disagree about Pardew and his reign at the club but Roberts is someone who knows himself better than any one fan and maybe, in this strange case, he is right. Roberts managed to make two senior appearances during his time at Newcastle. Pardew did not play him during his time in charge with Carver handing him his debut back in 2015 before four years later he made his second appearance last season when Rafa Benitez called on the 22-year-old to play against Blackburn. Roberts scored in that game in what turned out to be his final one for the Magpies. It is a shame that it never worked out for Roberts but to suggest that the constant change of management had anything to do it would be simplistic. Roberts is now playing in the sixth tier of English football. He is still young so there is still time for him to move up in the world of football but still, it does suggest that he was always going to struggle at St James’ Park.