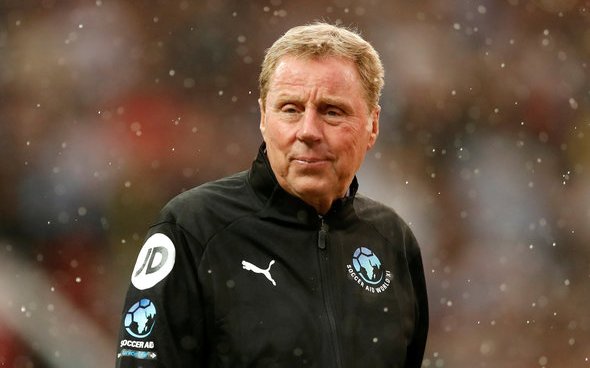 Former Premier League manager Harry Redknapp believes that things are going ‘to get worse’ at Newcastle United before they get better.

The Magpies are coming off a 5-0 drubbing at Leicester City, which many fans will have considered their nadir. Redknapp, though, believes they are in for more misery, starting with a defeat against Manchester United on Sunday.

“The Red Devils have been hit with injury but still have enough cover to come away from a trip to Newcastle with three points on Sunday afternoon,” he wrote on the BetVictor website. “The Toon were heavily beaten at Leicester and have only tasted success once with a surprise win at Tottenham.

“Manager Steve Bruce has been tinkering with his formation but is yet to find a winning formula and things may have to get worse before improvement is shown. Already involved in a relegation battle, preserving their top-flight status is surely the number one priority again in the North East. United will create chances and a little more clinical finishing can see three points heading back to the North West.”

In all honesty, if Newcastle could have picked a Premier League team to face after that humiliation at the King Power Stadium, it would probably have been Ole Gunnar Solskjaer’s side. The Old Trafford outfit are the only top flight team in a similarly dispiriting situation to the Magpies. The two sides have a lot in comment, as well. Both set of supporters are railing against disinterested owners and head coaches who appear to be out of their depth. Both sides invested a good deal this summer, but have precious little to show for it thus far. So Newcastle have as good a chance of tasting victory against United as they’d have against almost any other Premier League team. Obviously it’s still going to be difficult, because there are some talented players in this United side. However, Bruce will surely have lit a fire under his players’ bellies and they really have to produce some sort of a reaction on Sunday. Whether it will be enough to carry them to victory here remains to be seen.