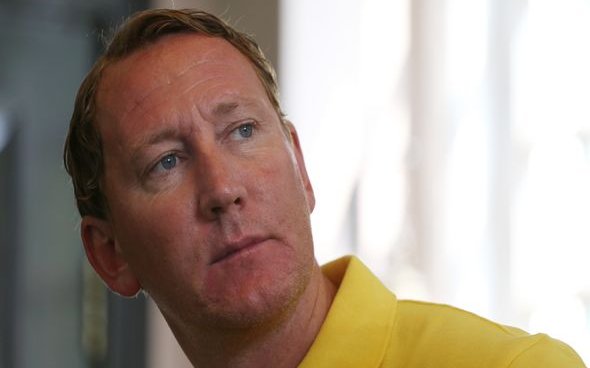 The 19-year-old came in for his Premier League debut against Manchester United on Sunday, and proceeded to score the game’s only goal with a rasping drive.

Parlour was very impressed: “What a performance – he’ll remember that for the rest of his life, scoring against Man United,” he said on talkSPORT [07/10; 06:08].

It’s no surprise that the football world is abuzz with how well the younger Longstaff played on Sunday. The brothers – Matty and Sean – were superb against the Red Devils, limiting the visitors’ coterie of top class talents to yet another sub-standard display at St James’ Park. This was a dream debut for Longstaff. To come in and start alongside your brother at your home ground against Man United and then to score a thunderous winner is as good as it gets. There’s no surprise that Parlour and Brazil were wowed by him on Sunday. The statistics, as well, show just how heavily involved the younger Longstaff was against Ole Gunnar Solskjaer’s side. As per WhoScored.com, he had two shots, one of which was on target (the goal, obviously), while he also produced a key pass. Furthermore, he attempted seven long balls forward to the front men, with five of them finding their intended target. Defensively, as well, he made a tackle and two interceptions. So he was all over the pitch on Sunday and deserves every bit of praise he gets.