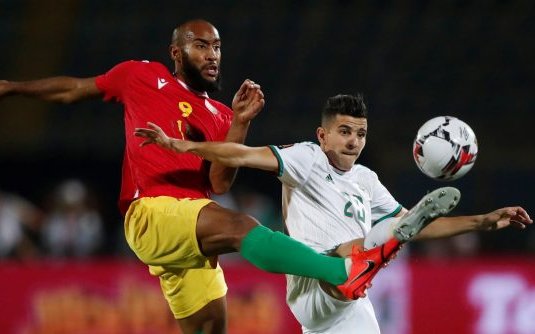 OGC Nice president Jean-Phillipe Rivere has taken a dig at Newcastle United while discussing the future of their star defender Youcef Atal.

Rivere shared that the French club would not be tempted to sell the Algerian international to Newcastle and clubs similar to them, but instead named Bayern Munich and Real Madrid as two sides he would find hard to reject.

The Nice president admitted that it is his goal to keep bright talents at the club and that the 23-year-old will not be leaving the club in January.

“No, he will not leave this winter, and I’ll even tell you, he is not expected to leave next summer,” he told RMC Sport.

“Our goal is to take talented young people, to grow them, It’s not to sell them in Newcastle or clubs like that, no, we keep them at home, and then, if clubs such as Real Madrid or Bayern are coming, so yes it will be hard to keep them in.”

Newcastle completed the signing of Allan Saint-Maximin from the Ligue 1 club in the summer for a reported fee of £16million [The Chronicle].

It seems strange that Rivere has taken this opportunity to namedrop Newcastle when discussing the future of one of their brightest talents. The Nice president could be suggesting that the Magpies aren’t a big enough club to be able to come in and tempt the Algerian international to join them, and he is, in fact, ready for the big stage in Germany or Spain. Newcastle will not be too angered by Rivere’s quotes though, especially given the fact that Atal hasn’t exactly set the world alight at the beginning of this season for Nice. The right-back has been utilised in a more attacking winger role in this campaign and has only scored once in his seven appearances. The 23-year-old has failed to register a single assist, and in that type of form, he would struggle to get into the Magpies’ set up, nevermind Real Madrid and Bayern Munich. Rivere needs to concentrate on his own club’s fortunes before taking subtle digs at Newcastle again.