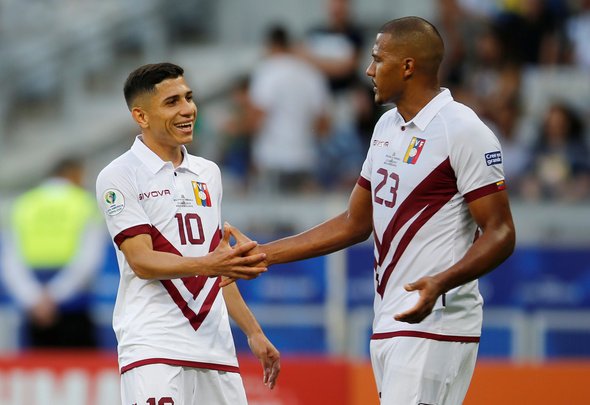 It is no secret that Newcastle United are short on quality in the wide attacking positions and that should be an area that Steve Bruce tries to improve in the January transfer window by reigniting the club’s interest in Real Salt Lake’s Jefferson Savarino.

Newcastle were linked with Savarino, 22, in the summer transfer window when Sky Sports reported that they were interested in signing up the Venezuela international.

It was understood at the time that Savarino would be available for £6million, which seems like a bargain based on the figures that even clubs in the Championship are spending these days.

Savarino would certainly be worth £6million too if Real Salt Lake still value him at that amount.

In the current 2019 season, the former Zulia attacker has scored eight goals and supplied six assists in 28 MLS appearances for Real Salt Lake, playing mainly as a right-sided winger, to help his side sit third in the Western Conference.

One of those goals came in May when he scored a last-minute wondergoal to secure a win against reigning MLS champions, and Miguel Almiron’s former club, Atlanta United.

Savarino has been one of the standout players in the USA this season and with Bruce lacking options on the wing, the Venezuelan should be someone he eyes up a deal for in January.

Almiron has spent most of the season playing out on the right-wing but the Paraguay international’s best form of his career, during his time at Atlanta, saw him playing centrally behind a striker.

Allan Saint-Maximin and Christian Atsu are other wingers that Bruce has at his disposal as well as the currently injured Matt Ritchie, although he has been used as a left-sided wing-back more often than not in the last year.

That is why Savarino could be a welcome, yet cheap addition to the Newcastle attack in the summer.

He’s certainly someone who enjoys being on the ball anyway.

According to stats by WhoScored, Savarino ranks fourth in MLS for average dribbles completed per appearance [2.4] out of players with more than 15 appearances.

In comparison to Almiron’s efforts on the right-wing for Newcastle this season, Savarino has averaged more shots at goal, more key passes, more dribbles, fewer offsides and fewer bad touches than the Paraguayan. 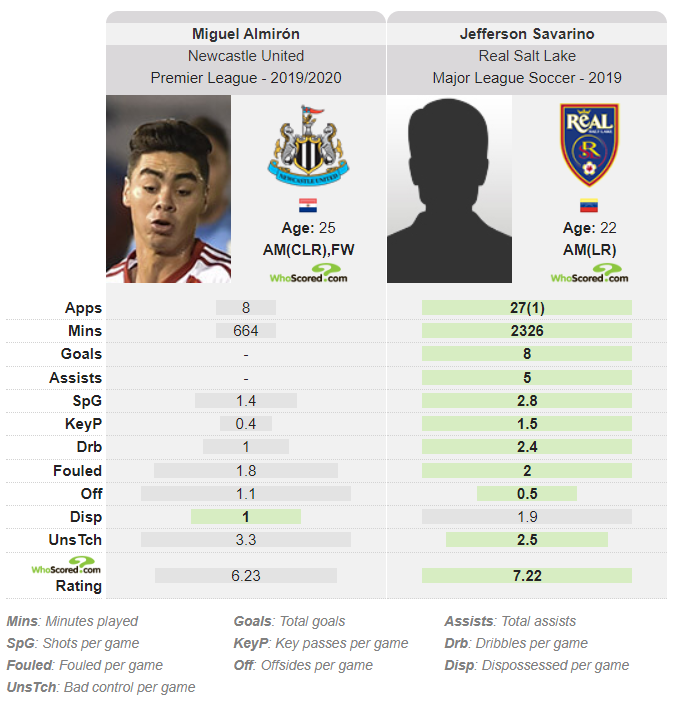 Almiron has struggled in England and is not helped by the fact he is kind of forced to play out in a wide area, where he is not at his most comfortable.

However signing a cheap player who is a natural in that role could be a superb piece of business by Newcastle in January if they revive their interest in Savarino.