Newcastle went into the international break off the back of an impressive 1-0 win against Manchester United with league debutant Matty Longstaff scoring the only goal of the match in the second half.

According to the Northern Echo, Longstaff, 19, is likely to retain his central midfield spot in Bruce’s starting line-up, alongside his older brother Sean.

Allan Saint-Maximin is also expected to be fit for the match with Chronicle journalist Mark Douglas recently allaying concerns that fans had about the French attacker after he was not spotted in recent training ground images. 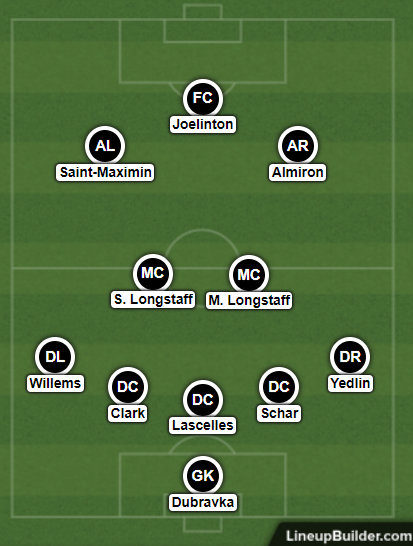 Bruce is very likely to pick the two Longstaff brothers in the heart of the midfield with Isaac Hayden still suspended after he served the first of his three-match ban against Man United.

In the attack, Miguel Almiron and Saint-Maximin are both expected to start in support of centre-forward Joelinton.

Newcastle will go into this game knowing that their only two wins this season have come against sides seen as being among the Premier League’s regular top-six.

Tottenham and Man United have both been beaten by Bruce’s men in 1-0 victories for the Magpies, but the Tyneside club has only won one of their last eight meetings with Chelsea across all competitions and are no doubt coming up against a side that is in better form than Spurs and United.