Steve Bruce was always going to struggle to win over the Newcastle United fans but he really has not helped himself with the way he has managed his side in recent fixtures, especially the 5-0 defeat to Leicester last week. Bruce changed his defensive shape for that match, opting for a back-four rather than his usual back-three that uses wing-backs. As quoted by the Daily Mail, Bruce has said he is now going to switch back to his old tactics, that were already familiar to the squad due to Rafa Benitez using a similar system last season. Bruce’s comments are worrying because it is clear that he is struggling to get his tactics across to his players and it is understandable to see some supporters on Twitter venting their anger at the former Sunderland boss. It’s confirming stuff that they were worried about when Bruce was hired. It’s been a long time since Bruce did anything impressive in his career and now it looks as though he is going to be in a relegation battle all season with the Magpies.

What kind of manager comes in to a club and tries to copy the previous manager because he is incapable of doing anything to take the club forward himself.

You would just hold your hands up and jack in management if you were that bad. It’s unbelievably embarrassing

HAHAHAHA he’s utterly clueless and out his depth. We are a shambles. @MichaelChopra was right and correctly informed.

Slagging off the players again. This is going well. 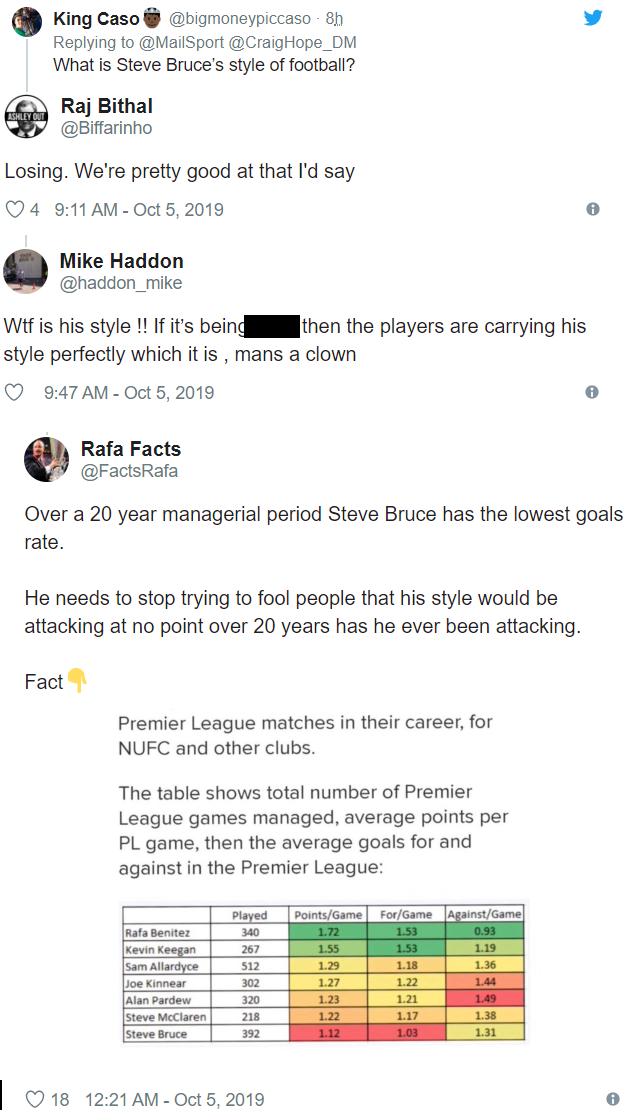