Newcastle United released a post on its official Twitter account on Saturday wishing Senegalese midfielder Henri Saivet a Happy Birthday. The tweet elicited the expected response from the Newcastle fans, as shown below. ‘Who?’ was the prevailing message from the Toon Army, accompanied by a couple of the traditional Conor McGregor GIFs that any tweet of this nature produces – you know the one. To be fair, you can’t really blame the supporters for perhaps forgetting who the 29-year-old is. His last first team appearance for the Magpies was way back in January 2018, a resounding FA Cup defeat to Chelsea. Since then he has spent time on loan in Turkey, where he did OK by all accounts, although clearly not enough to convince any Super Lig team to actually sign him on a permanent basis. It’s a sad state of affairs for him right now, because he trains with the Newcastle first team but never ever makes it into the match day squad and isn’t even a part of the club’s registered Premier League squad. Still, it’s his birthday, so Happy Birthday I suppose. 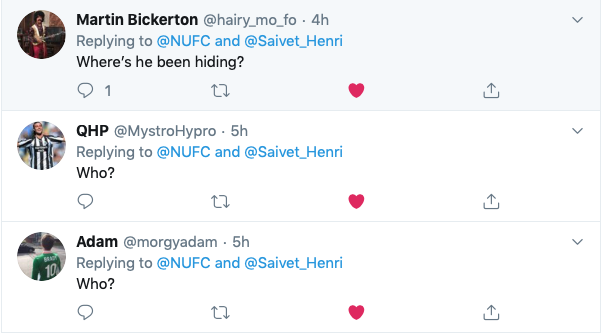 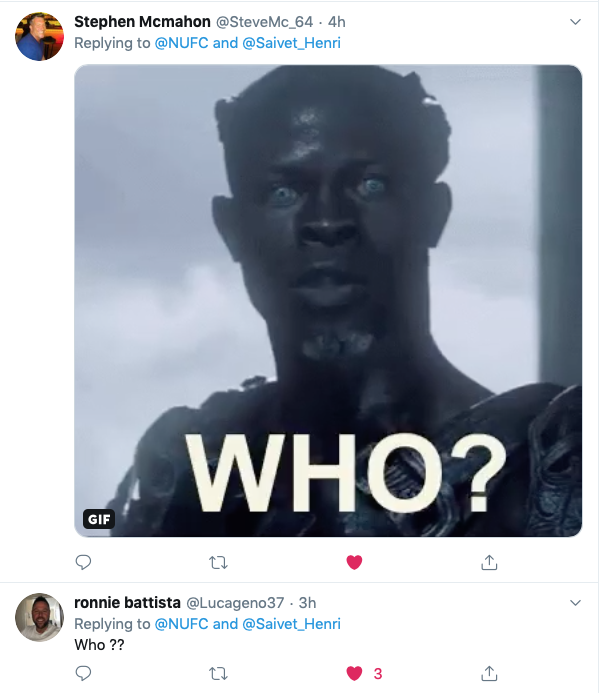 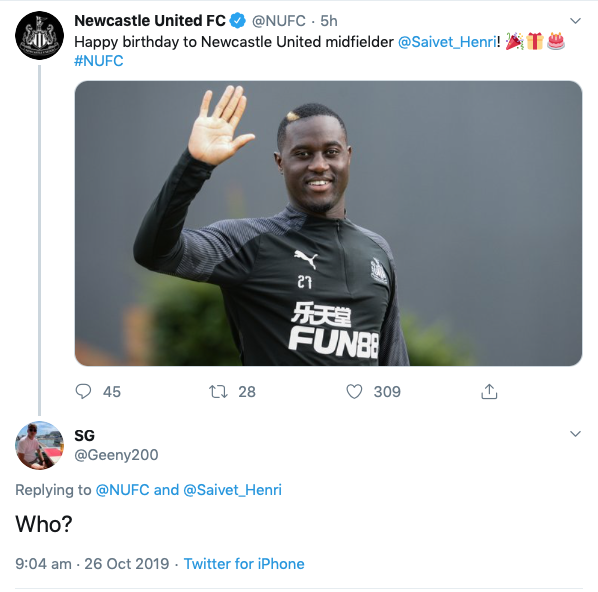 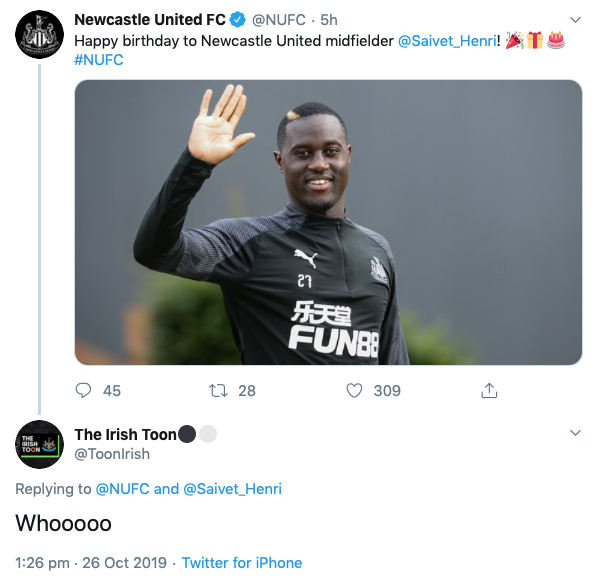 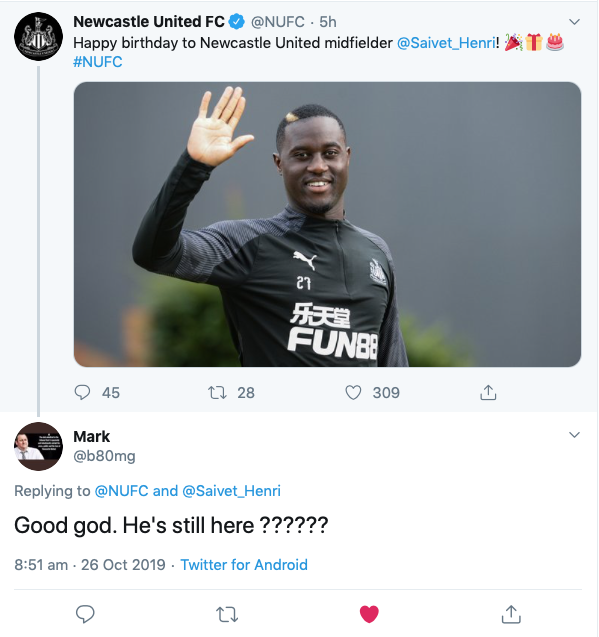 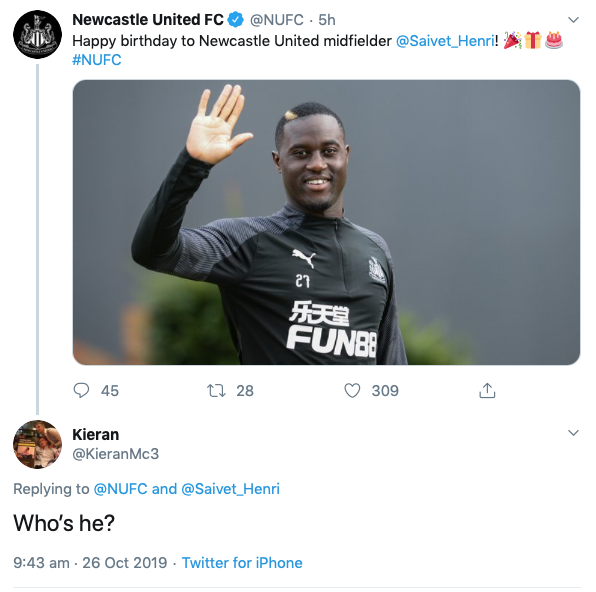