Steve Bruce’s start to life hasn’t exactly gone the way he would have wished, and it could be about to go from bad to worst for the Newcastle boss. The Daily Star reported on Tuesday evening that Manchester United are plotting a bid for Magpies’ midfielder Sean Longstaff, and they believe they can prize him away from St James’ Park for £40million. The 21-year-old has failed to make much of an impact this season in the heart of midfield, and he was helpless against Leicester as his side slumped to a 5-0 defeat. Despite still being one of the Magpies’ younger players, Longstaff has been in the first-team long enough to know that he needs to stand up and be counted, and right now he simply isn’t doing that in the heart of midfield. Should Longstaff not pick up his form between now and January, Newcastle would surely be tempted to cash in on their starlet. Many Newcastle fans seemed to agree, with a number of them calling for their side to take the money and run should an offer come in.

Nothing But Newcastle picked out some of the reactions below: 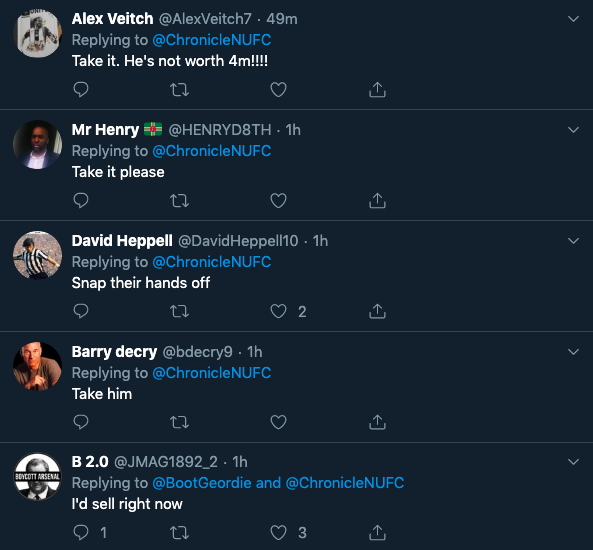 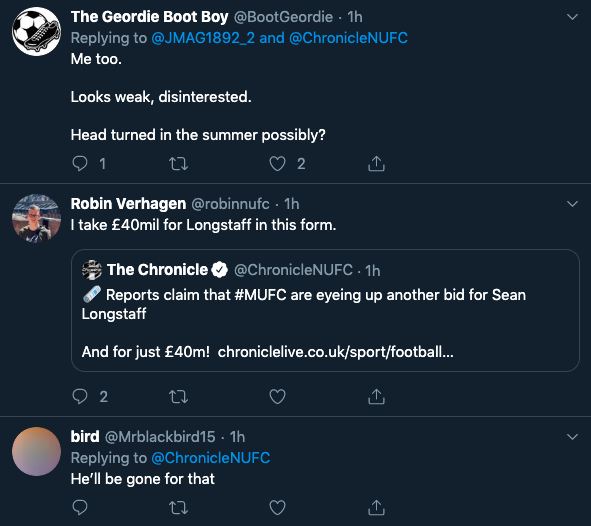