If there is one side in the North-East that is just as bad as Newcastle United at the moment, it’s the Newcastle United Under-23s. Neil Redfearn’s side lost 1-0 against Swansea’s Under-23s at St James’ Park on Monday night and after watching the first-team get hammered 5-0 by Leicester on Sunday, some supporters on Twitter appear as though they have just about had it with their club, on all levels. Newcastle’s Under-23s lost in the second minute of stoppage time at the end of the match when Oli Cooper headed the ball into the back of the net. It just sums up Newcastle at the moment. Nothing is going right with this club. The majority of supporters seem to be dead against Steve Bruce being in charge but the fact that even the youth teams seem desperately poor, it just shows that the issues stem right from the top from Mike Ashley. Fans don’t need telling that though.

The under 23s want tomorrow off training. #nufc pic.twitter.com/yoMgyFWFSq 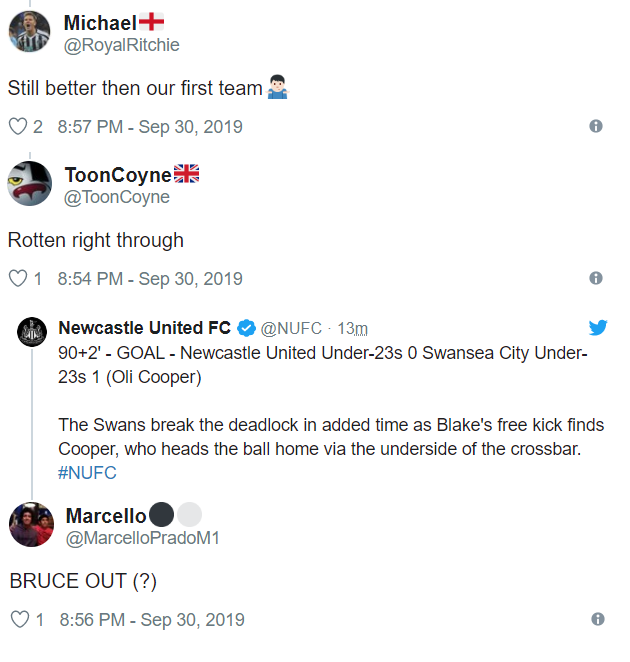