Jamaal Lascelles has told the Chronicle that he is confident Newcastle United will avoid relegation from the Premier League this season and after watching their team play nine games, a section of supporters on Twitter completely disagree with the centre-back. One has even gone so far to say that Lascelles is “deluded” for claiming that the Magpies’ current points total of eight is “positive”. Newcastle have played against some tough sides in the opening couple months of the campaign. Man United, Liverpool, Spurs, Chelsea, Leicester and Arsenal are all out of the way for the time being and there are better fixtures on the horizon. But the Magpies have still struggled in the games they should really win, against the likes of Norwich and Watford. You can really understand the frustration of these fans but players very rarely come out and are critical of the club in any way, even if it is clear. Lascelles is probably as frustrated as any of the players about the start to the season, but he cannot show that.

On what basis? Lack of goals will send us down Lascelles is deluded

He been asleep since August? 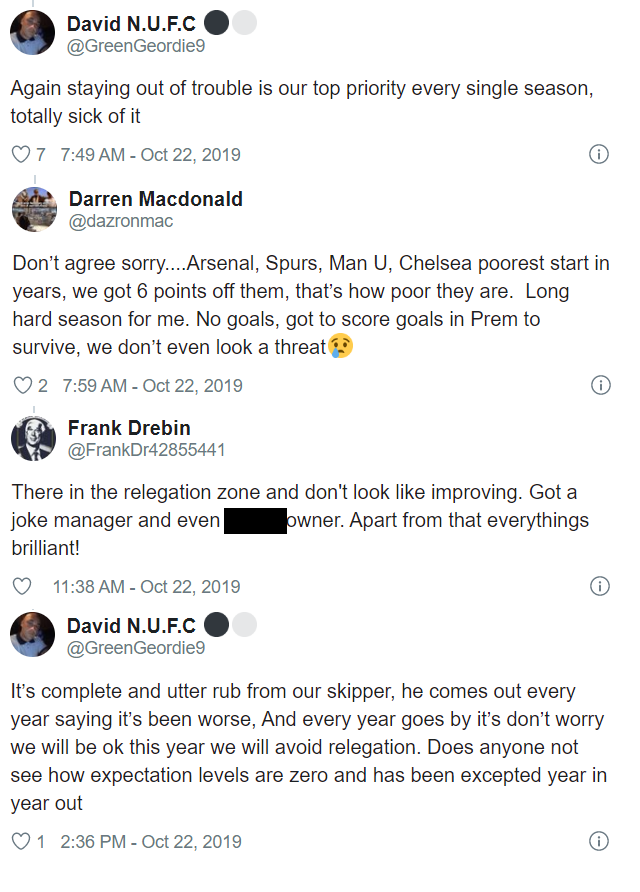