Newcastle United fans don’t always have a lot to smile about, so when they do get some good news, you can hardly blame them for revelling in it a little bit. As far as positives update go, few have been better in recent times than Thursday’s announcement that Martin Dubravka has signed a new six year deal with the club, as per United’s official Twitter account. The Slovakian stopper has been a revelation on Tyneside since signing for the Magpies, and his contributions between the sticks have earned him hero status on Tyneside. In fact, the 30-year-old has been so good recently that former England goalkeeper Paul Robinson has been singing his praises to Football Insider, claiming that he has “transformed” the Toon Army. That may ben an excessive appraisal, but there can be no denying that Dubravka has indeed become one of the most significant weapons at Steve Bruce’s disposal. With 149 saves in 59 Premier League appearances, he has been wall at times, and who can say how much worse of United would be if it weren’t for his prowess as a shot stopper. A six year deal is awfully long for a 30-year-old, and the hope will be that he can finish his career on Tyneside. 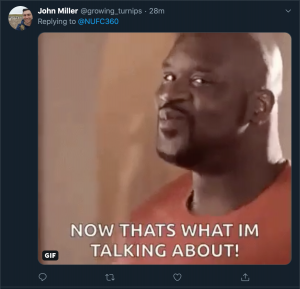