The relationship between Lee Charnley and Newcastle United fans is on thin ice at the best of times. Sometimes, the senior figures in the North East just can’t seem to help themselves and break their silence, even though it is definitely the wrong choice. The managing director has shared that he wants Newcastle to have the “best academy in the region”, as quoted by the Chronicle – something which should be inevitable given their status. Newcastle have maintained their Premier League status for the past three years, whereas nearest rivals Sunderland have plummeted to League One and continue to struggle to get back to the top. The more you think about it, the worst Charnley’s comments get, as he is just pointing out the obvious, and having the best academy in the region should be a minimum. Many Newcastle fans took to Twitter to voice their concerns over Charnley’s comments and blast him for his words on their academy system. 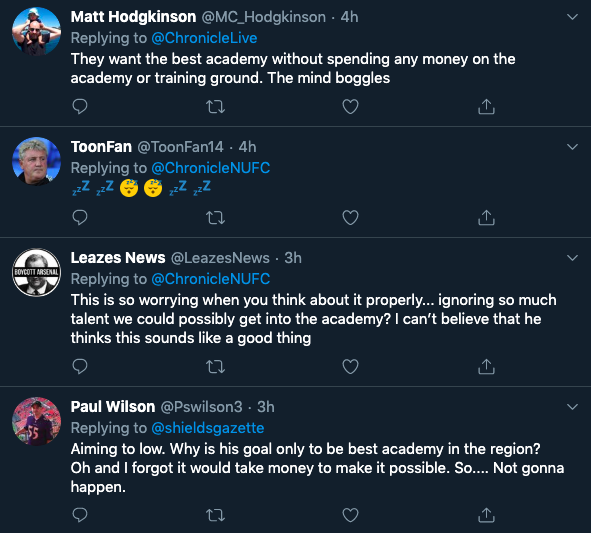 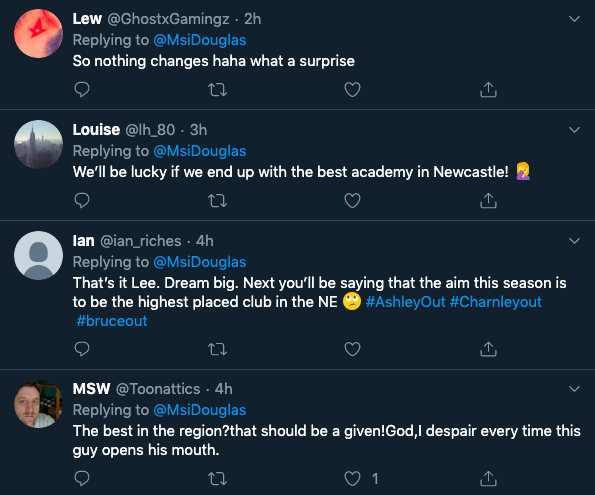