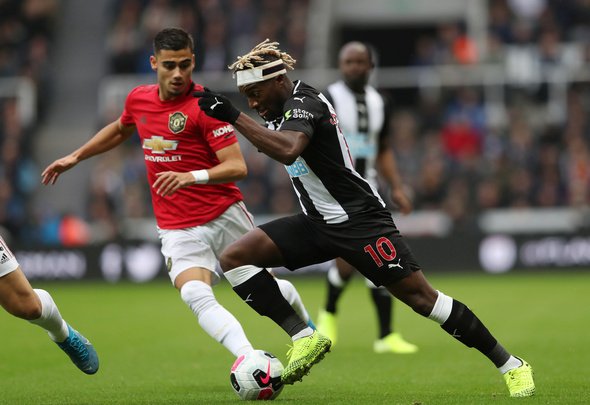 Newcastle United fans finally had themselves a proper look at Allan Saint-Maximin in their 1-0 win against Manchester United at St James’ Park on Sunday and boy, were they impressed. Saint-Maximin may not have had the best end product but he caused United’s defence problems throughout the 90 minutes and even played a role in Matty Longstaff’s second-half winner. Saint-Maximin had not played more than 23 minutes in a single match due to injury issues before starting against Man United. According to stats by WhoScored, the 22-year-old attempted seven dribbles, completing four of them – more than any other player on the pitch. He also made two key passes and while that wasn’t the most by a Newcastle player, it still showcased how much creativity and how many problems the Frenchman made. Man United barely had an answer for the live wire, whose display helped the Magpies to their second win of the campaign.

Saint-Maximin is another one who’s put in a brilliant shift today. Ran his legs off and caused real problems. Chalk and cheese this, after Leicester #nufc

Saint-Maximin goess off for Atsu. What a player he is, I’d pay just to watch him. #nufc

Saint-Maximin has been a huge difference, incredibly creative #nufc

ASM has been brilliant too today!! #Nufc

ASM is class, MAAATTTTTTYYYYY! GET IN. #NUFC 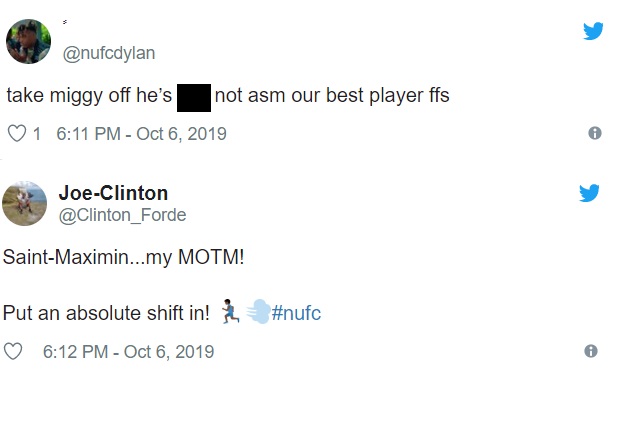