Newcastle United’s official Twitter account posted a video on Tuesday of Magpies midfielders Sean and Matty Longstaff commentating on some crossing and finishing drills their teammates were doing in training. The two youngsters didn’t disappoint, delivering a masterclass in deadpan delivery that succeeded in making the video funny without poking too much fun at their fellow Newcastle stars. Describing Yoshinori Muto as having ‘the best hips in Newcastle’ was a particularly humorous comment from Sean. The Longstaff brothers are all the rage right now so it’s no surprise to see the club flood them with potential content opportunities. They know that the team’s supporters love them and will therefore focus on them rather than what’s going wrong with the football club, which is most things. Still, we should enjoy the Longstaff brothers while we can, because they are so pure, something unique amongst modern day footballers. The way they’re going, the may not be on Tyneside for much longer. 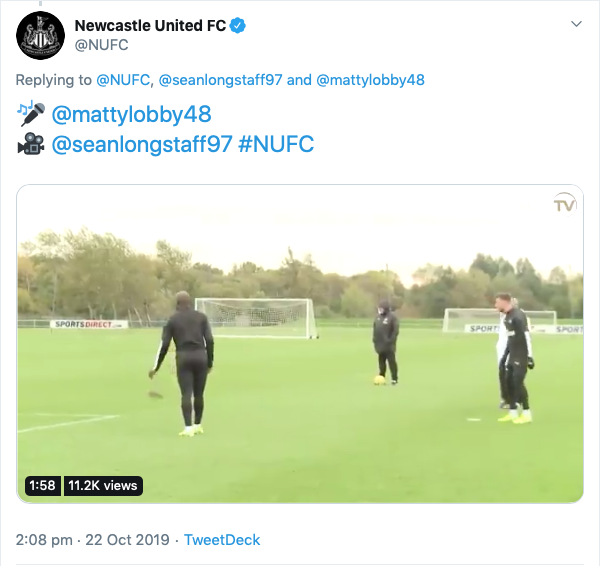 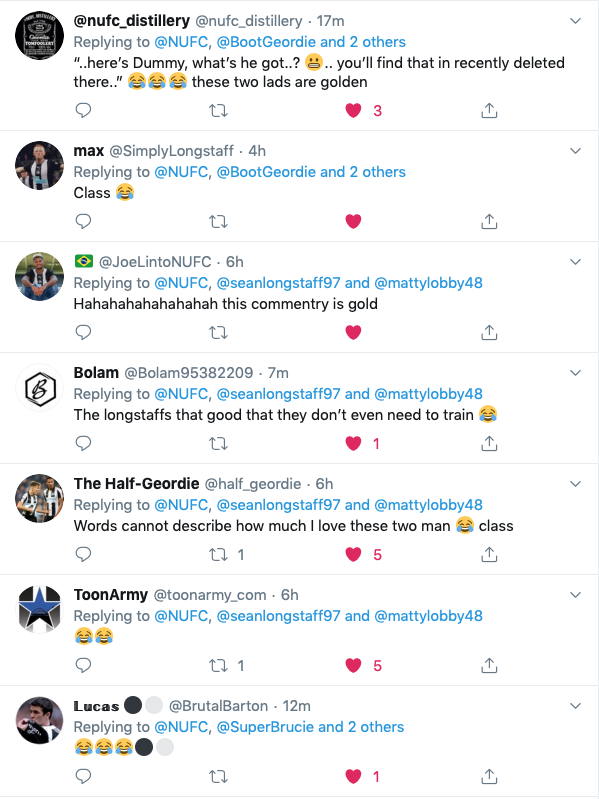